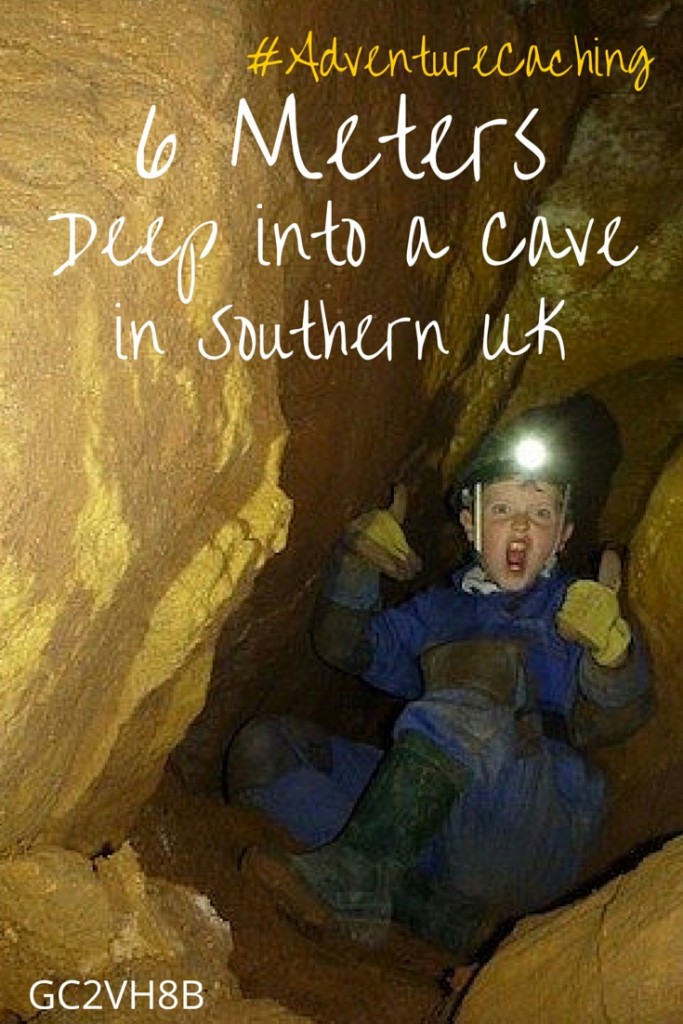 *When going for a dangerous 5/5 geocache make sure you read other logs to make sure you are prepared and understand the dangers that could be involved.

The region of the UK that I live in is host to quite a few D5/T5 caches, many of which take you on awesome adventures underground in disused quarry workings and natural caves. The quarry caches are fraught with dangers including possible roof collapse and getting lost… some of the quarries have many miles of passages to walk, crawl, and clamber, but only a couple of entrances to the outside world! With the natural cave caches these risks are reduced, however terrain difficulty increases dramatically as vertical climbs need to be tackled in some instances, and instead of wide open passages, tight squeezes are more the norm. 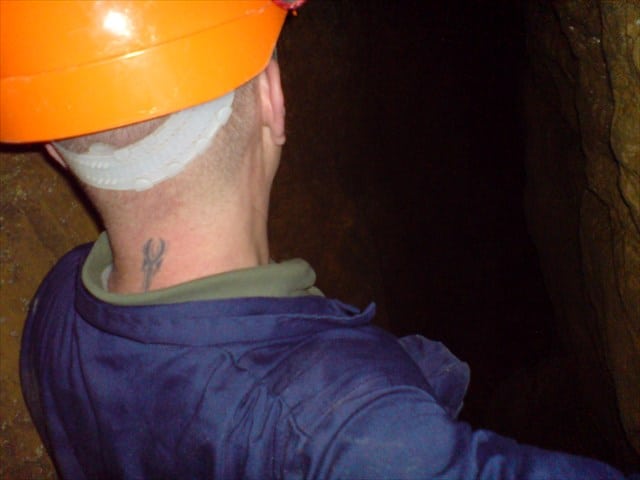 Having completed a number of the quarry caches, a friend who had accompanied me suggested tackling cave cache Lasciate ogne speranza, voi ch’intrate GC2JPKZ. This we did with the help of an experienced climber who rigged up ropes and ladders for us. It was great fun, but exhausting. Some of them went on to do Earnanæs, þæs wyrmes denn afterwards, but it was too much for me that day.

A few months later I banded together some other fearless cachers and we set forth to tackle it. Where the Lasciate route underground started with a scary 3 metre drop into the unknown, this one was more like 6 metres and a tight squeeze too.  After looking down in to the abyss my son decided to opt out and stay guard at the entrance, so from the start we were a man down. I didn’t pressurize him to do as I was feeling hesitant as well and was the last to make the descent. 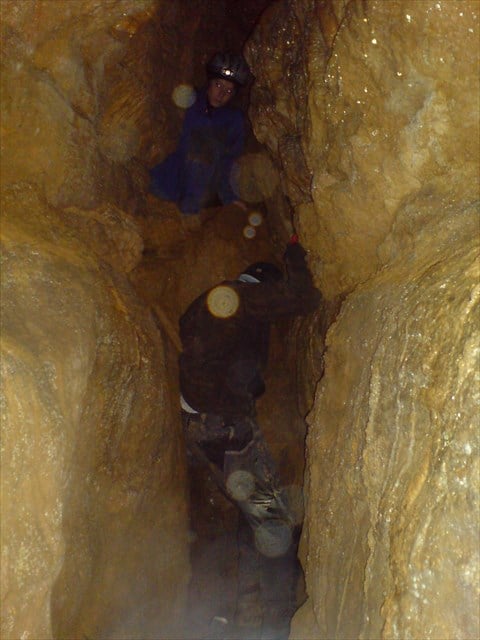 Once down, the route became easier. I was able to admire the fantastic flowstone, and spotted some bats. But then we were confronted with another near vertical climb. The others managed fairly easily, but although the most experienced climbing member of our team tried all he could to show me how to get myself up, I was defeated, I just could not do it. 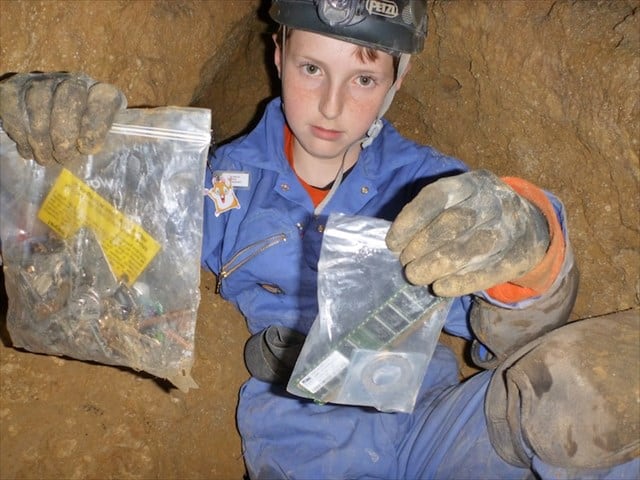 I waited for them down below. On their return, due to the layout and what had to be done for this particular cache, I did mange to complete the final section and got to see the huge cache container and sign the log.. yes it is a genuine large container, which made my mind boggle as to how the CO managed to get it down there. 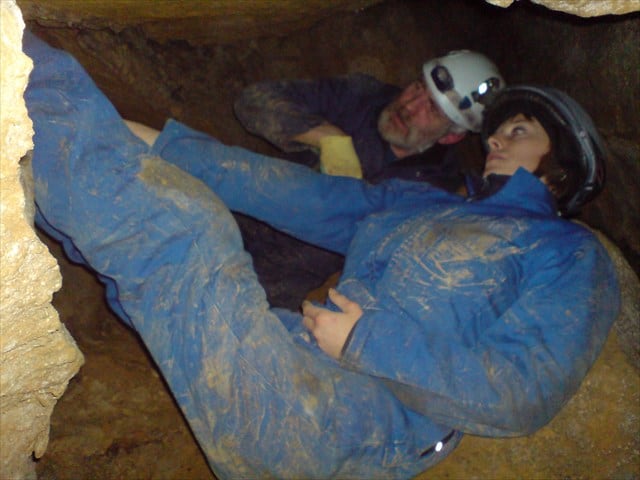 Then… there was the final 6 meter ascent to open air.  I struggled big time.  At one point about a couple of metres up I slipped, my hard hat got stuck in a tight spot as I fell and got ripped from my head and fell down in to the abyss. One of the others kindly retrieved it for me, but one of the lights on it was destroyed. Luckily I was in one piece.

A great adventure which I will try again one day.

We want to thank Neal for his Geocaching Guest Post on his 5/5 Cave Dive Adventure in Southern England.  Make sure to check out his Geocaching Group called Cotswold Caching Community.  Also follow him along on Twitter at @CotswoldCaching