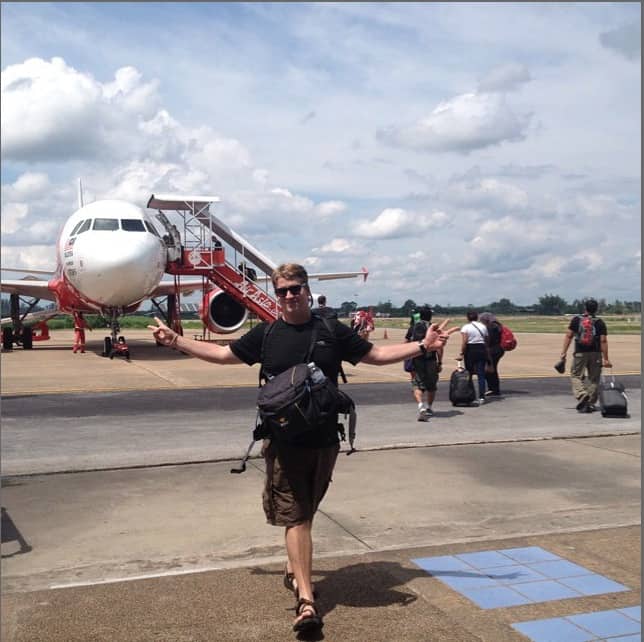 We all have things that annoy us in life.  But air travel can be particularly annoying.  Don’t get me wrong, I LOVE to fly.  However, I pride myself on going about my business in a way that ensures fellow airline passengers are not disturbed.   So nothing ticks me off more than seeing a fellow airline passenger who does not show the level of courtesy…or common sense!

With all the stories in the news lately about rude and inconsiderate airline passengers causing fiascoes in the air (and on the ground), it seems that common courtesy has gone out the window. In fact, a couple weeks ago Josh and I witnessed a fight between three woman on our own flight from Thailand to China. Our minds were blown.

Sure, there are some things we cannot control, such as airline baggage fees, on time departures, and the number of people crammed into an aircraft, but we shouldn’t have to deal with other inconsiderate passengers.

Don’t be that traveler that everyone is talking about in the news (or under their breath).  While there are many things that can be irritating, I’ve narrowed it down to my top 7 airline passenger pet peeves that get me burning up inside.

1. The Over the Limit Carry-on Bag Person

Thanks to airlines and their checked baggage fees, we are all trying to bring as much as we can on board the aircraft.  But of course, there are always those people who take it to the extreme.

Airlines make it very clear how many bags you can bring on board, and their size.  Unfortunately, the airline gate agents don’t have the time to count and measure each bag that comes through. Sure, people push it a little but that doesn’t mean you can take advantage of the situation by carrying 3-4 large bags onto the plane.

Have a little consideration.  You are no more special than anyone else boarding this flight.

Speaking of people taking up more than their fair share of storage space on the plane, let’s talk about those overhead bins.  Since airline passengers are trying to avoid checked baggage fees and carrying more onto the aircraft, that overhead bin space is highly valuable…for everyone!

There is a reason the flight attendants ask you to put some small items down by your feet, it’s because we need the overhead bins for larger pieces of luggage.  So when I see people with nothing down by their feet throwing coats, small shopping bags, and little designer purses up into the over head bin, I can’t help but want to say something.

You are sucking up all of our space so you can have the luxury of stretching out with nothing by your feet.  Selfish, selfish, selfish.

Ok, this one happens before we even get on the plane.  We’ve all seen them.  The people who stand in line for 20 minutes waiting to get through security at the airport, then when it’s their turn, they seem like it took them by surprise.

They fuss around with multiple bags, computers, and layers of clothes.  Then they go through the metal detector, only to ping the alarm and be sent back.  They are sent back again and again, each time removing more items they forgot; such as glasses off their head, belt from their waist, items out of their pockets, etc.

Seriously, did you NOT see this coming?

No matter what kind of a day you are having, or what is going on in your personal life, that is NO reason to take it out on the flight crew.  Having worked in service industries for most of my life, I know what it’s like being on the receiving end, and I just have no tolerance for it as a bystander.

The crew is doing their job, and would put their lives at risk to save YOU.  So put a sock in it.

They are the very last people on this Earth who should have to deal with your attitude.

This one really pushes my buttons too, because I don’t think you can get more inconsiderate than this.  Tiny metal tube…lots of people close together.  Have some sense.

We don’t want to listen to your movie, your music, or you playing your game.  I’m trying to read a book in peace, and what about those people who are trying to sleep?   It’s so incredibly rude.  It’s times like this that I really wish flight attendants could confiscate your items.

Watching movies on your tablet or smartphone without using your headphones should honestly get you banned from flying. 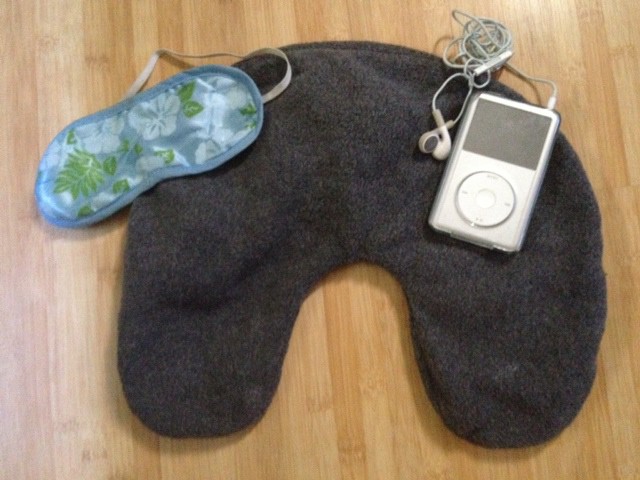 Even though I’m a social person, I’m not much of a talker on an airplane.  I’d much rather sleep or read a magazine quietly.  I savor the lack of interruptions.  But while I can usually get the point across to my row-mates that I’m not in the mood for lengthy conversation, I can’t do anything about the person 3 rows back who seems to think that the entire plane cares to hear their life story!

I realize that some people have naturally loud voices, but as adults, you should at least be aware of your voice volume, and keep it in check when you fly.  Again, small space…lots of ears.

I remember I was on a business trip to NYC a few years ago, and a woman 3 rows back talked non-stop from gate to gate.  I honestly heard her entire life story and dating history.  The ups, the downs, how they met, where they met, etc.  I could hear every word clearly, as if she was sitting next to me.

Honestly, I wanted to duct tape her mouth.  I can’t imagine how the people felt who were actually sitting next to her.

Of course, things won’t be perfect, but you better show some effort.  Just because you may be on vacation doesn’t mean you take a vacation from parenting.

Nothing irks me more than watching kids misbehave, and their parents ignoring it.

Everyone has their own list of airline travel pet peeves, but these are the ones that tend to get me worked up the most.  In fact, even US airline carrier Jet Blue recently put their humorous spin on the situation with their #FlightEtiquette YouTube videos.

What else can be done to stop this unruly airline passenger behavior?  Well, I heard in the news that China is about to start publicly shaming people who have caused embarrassing air travel fiascos.  And you know what, I like it!

Do you have any Air Travel Pet Peeves, or crazy stories to tell?  Please share in the comments! 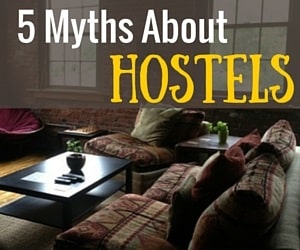 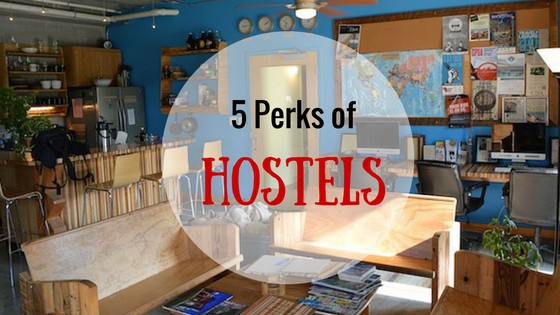