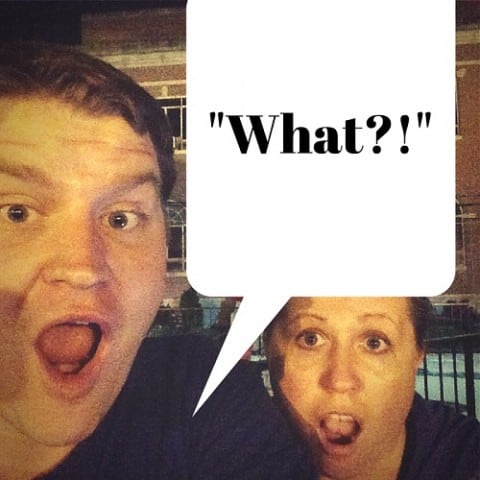 “What the?!?”  Josh and I look at each other with our mouths agape and stand up from our tiny airline seats, in our tiny aisle.  Not that Josh can stand up much, being a tall guy in the window seat.  We watch in astonishment as, just two rows in front of us, we see three Chinese women screaming at each other.

And when I say screaming, imagine a passionate sports fan who is about to attack a referee for a bad call.  Yeah, the kind of screaming that looks like their heads are about to pop off from the pressure.  “Whoa, is this actually happening?” Josh asked shaking his head.

If you have been reading the news much lately, then you’ve probably noticed that there has been a lot of press lately about altercations on airplanes between passengers, and even the flight crew. From arguments, physical assaults, hot water dousing, opening exit doors, etc. 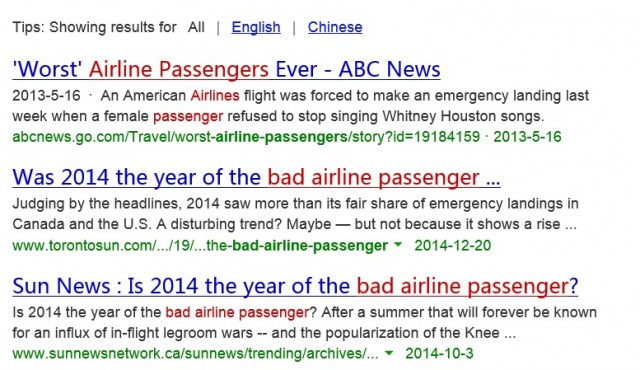 Ironically, one of the stories that I read only days ago included the same airline that we are traveling on, Air Asia, and even the same airport in Bangkok.   Unfortunately, all the stories I read lately involved Chinese passengers as the aggressors.  And you guessed it, we are heading from Thailand to China and the plane is mostly full of Chinese.

Even though we love to fly, we understand that it can be stressful on some.  I mean, you are essentially trapped in a tiny metal tube with a ridiculous number of other people; sometimes, for long periods of time.  And while we all have our own air travel pet peeves and have had to deal with less than courteous people, it doesn’t mean that you can act like an animal or disrespect others.

And in this case, it unfairly labels all Chinese tourists as being bad, which they are not.

So What Was the Fuss About Anyway?

Honestly, since these women were screaming at each other in Chinese, we had to guess what all the yelling was about.  From the gestures, it seemed as though a woman (we will call her “A”) put her stuff into the overhead bin, and another woman (let’s say, “B”) got mad at her.

Perhaps “A” moved “B’s” stuff out of the way?  Or maybe “A” had too much stuff that she was cramming into the bin?  Since “A” put her stuff in the bin and then sat 2 rows back, maybe woman “B” felt that bin was only for her row?   We aren’t sure.  But boy did woman “B” decide it was appropriate to lash into “A” with a verbal assault worthy of the Real Housewives.

Then for whatever reason, woman “B’s” adult daughter, who was sitting across the aisle, decided to join in.  The three of them went at it for a while before flight attendants intervened, after all, we were in the middle of the boarding process and the flight crew was a bit busy.

Luckily, they arrived just in time to block woman “B” as she physically lunged at woman “A.”  If she hadn’t been blocked at just that moment, she would have smacked “A” right across the face…impressively hard!

Inconsiderate to the Flight Crew, and Other Passengers

The flight attendants put themselves in the middle and tried to calm the situation. Unfortunately, we were in the mid-section of the plane, so this whole fiasco was blocking people trying to get to their seats. Not helping the situation was the fact that there was a language barrier.

Our flight was operated by Thai Air Asia.  The attendants are somewhat multi-lingual, but not necessarily fluent in Chinese.  However, there seemed to be one male flight attendant who was.  So he was trying his best to communicate with the women and calm them down.

Although honestly, these women could not have cared less about him, or anyone else on the plane.

This is what really irked me the most.  Besides the fact that the argument seemed completely ridiculous, none of these women seemed to care about anyone else on this plane.  The were screaming disrespectfully, delaying the boarding process (thereby delaying the plane), and causing children to cry — yes, queue the screaming kids too!  Awesome.

I Have Never Wanted to Say “STFU” in Chinese So Badly!

At first, I found it slightly amusing.  I’ve never seen a fight like this on an airplane.  Of course, I’ve seen some disagreements before, but nothing to this level.  Josh and I joked that if this had happened in the US, air marshals would have long removed all these women from the flight (at least we would hope).

But after quite some time of the women screaming, and the kids crying, I was so over it.  It was a late evening flight and we already weren’t scheduled to get into Guangzhou, China until after 11 pm.  Plus, the plane had already been delayed by an hour before we even started to board.  And now this?!?!

I never thought I would have wanted to know how to curse someone out in Chinese so badly.  After all, we were the only white people on the plane, and maybe it would have gotten someone’s attention.  But alas, I only know a handful of polite Chinese words.

What Would You Do if You Saw a Fight on an Airplane?

Another aspect to the situation that really bothered me was the fact that these women were traveling with family.  And yet, no one else in their families stepped in to stop the situation.  Only the one daughter stepped in, and she actually participated in attacking woman “A” and making the situation worse.

At one point, I shook my head in shame at the daughter’s husband.  He just stood there, looking as though he was helpless.  If this had happened in the States, I would have certainly stepped in somehow in an attempt to diffuse the situation, and get their asses to sit down.  But in this case, there wasn’t much we could do to help.

All we could do was scowl at them to convey our complete disgust with their behavior.  Josh joked that he probably should’ve gotten his phone out to record it. But alas, we did not.  I think we were in shock.

Finally, things calmed down enough for the plane to finish boarding and for us to take off.  Although, the situation was far from diffused.  Actually, I am pretty sure that the women still weren’t in their seats when the plane taxied to prepare for takeoff.  In the end, we were relieved to be on our way and laughed it off.  Shaking my head, I tell Josh “Welcome to China, I wonder what else awaits!”

Have you witnessed an altercation on an aircraft?  Share your story in the comments! 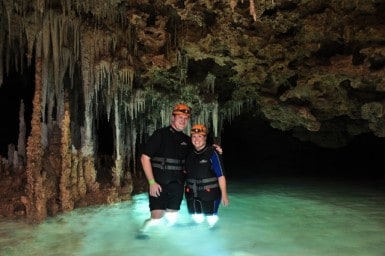 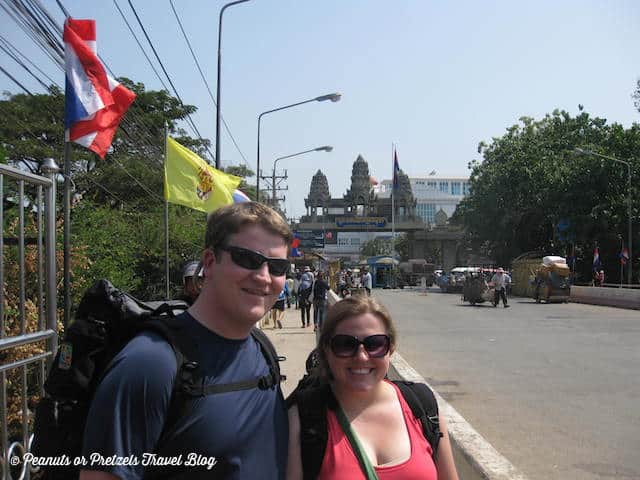