Getting more settled into our new lives here in China has been great. We have made wonderful friends, and honestly, they feel more like family.  I am loving my job as an English teacher in Guangzhou, loving the people I work with, and of course loving my students!  My school is called First Leap, and they are based in Beijing, like many other schools all around China.  It is a big education company here in China, and I would soon see first hand just how big it is during a week of training that required me to go to Beijing. 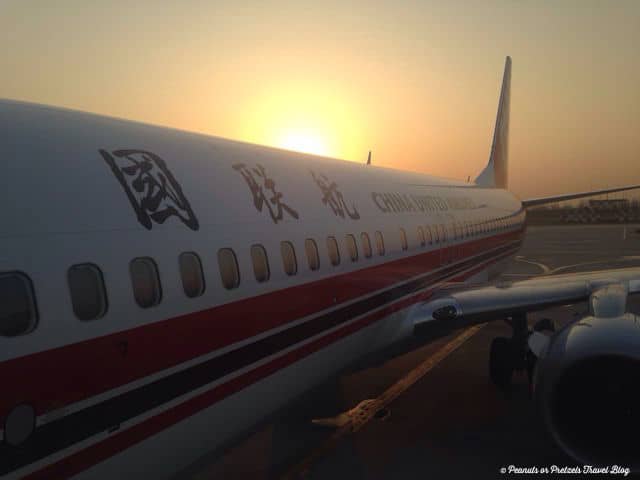 Flying From Guangzhou to Beijing for Training…By Myself

Liz planned to stay in Guangzhou for work while I went to Beijing.  As I prepared to leave town, I realized that ever since Liz and I first met over 5 years ago, this would be my first international trip by myself!  Since I was flying from Guangzhou to Beijing, it was a domestic flight, so I flew a local airliner called China United Airlines.  This budget airliner actually ended up being a good experience.

The flights to Beijing, as you can imagine, are extremely full.  I anticipated this, and it didn’t bother me.  But another realization I hadn’t thought of hit me as I arrived at the gate.  I looked around and realized that I was the only westerner on this flight, at the gate, maybe in the entire terminal, and quite possibly the entire wing of the airport!  Sometimes you don’t think about things…then they just hit you and you think “wow, I am a long way from home!” 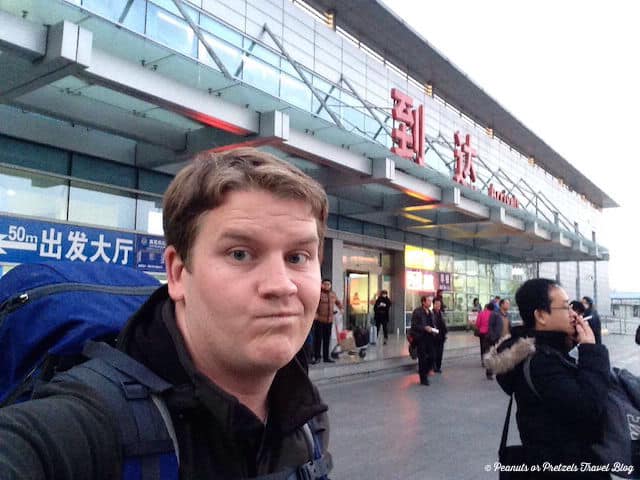 Upon arriving in Beijing, I was again the only westerner at the small local airport.  This can be intimidating when you don’t know Chinese, and the characters on signs might as well be in gibberish.  Luckily, First Leap had someone there to pick me up and take me to my hotel.

After a good hour drive into the city, we finally arrived at the hotel and my room where I met my roommate for the week.  After getting to know Matthew, who is from Oregon, we turned in for the night because we would start training at First Leap HQ early in the morning.

What an Experience – Riding the Beijing Subway 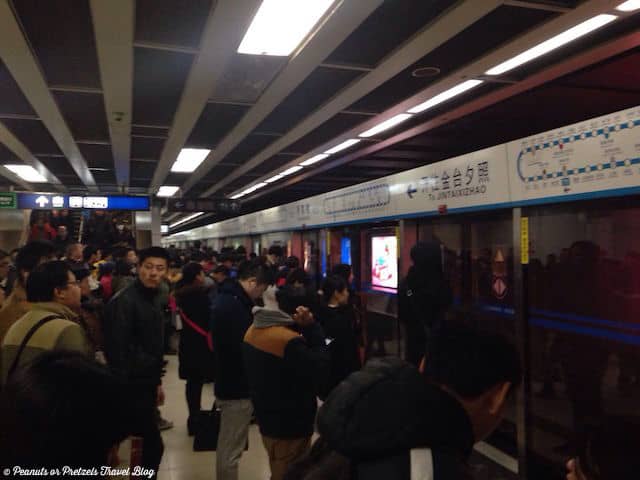 The next morning I got to experience something that I was not looking forward to, the Beijing subway morning commute.  Oh my goodness!  This is an experience that I will never forget.  Have you seen those clips on YouTube where people are not just pushing, but actually stuffing people on to the subway?  Literally squeezing people in just so the doors can close?!?!  Well this was my morning commute to our training center. 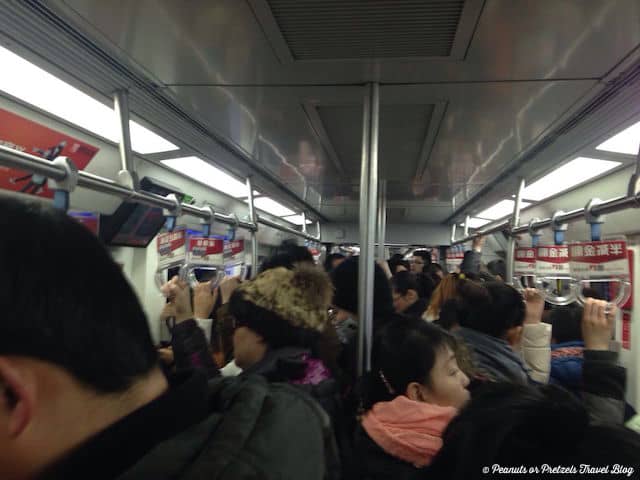 I learned quickly that good manners do not exist when you have to be somewhere at a certain time, and you have to get on this subway. First of all, the Chinese don’t like to be late; and second, it seems as if this is their world and the rest of us are just taking up space in it.  It’s like survival of the fittest, and if you don’t come ready to fight for a spot on the train, you won’t get one. Luckily we only had to do this a handful of days, but it was still something that my big southern body did not enjoy.

I also saw something that completely blew my mind.  I saw a man get a 30 foot running start and shoulder block his way on the subway like a football player. Yes this really happened. The feeling of being packed into these trains is not for the faint of heart.  At times, all I could hear was people gasping and moaning as they tried to survive the journey, counting down until their stop. Riding the Beijing subway at rush hour was a crazy experience that I don’t look forward to experiencing again.

After surviving the subway journey, I finally got to meet some of the other First Leap teachers who were in China from all over the world. They included people from the UK, Canada, Australia, France, Ireland, and there was one fellow Southerner from South Carolina who just made me feel like I was back at home.  They were all great people, and everyone got along really well.

Having so many different cultures represented in a training environment was a special experience.  We were all there to learn about First Leap and how to become better teachers for our young students. 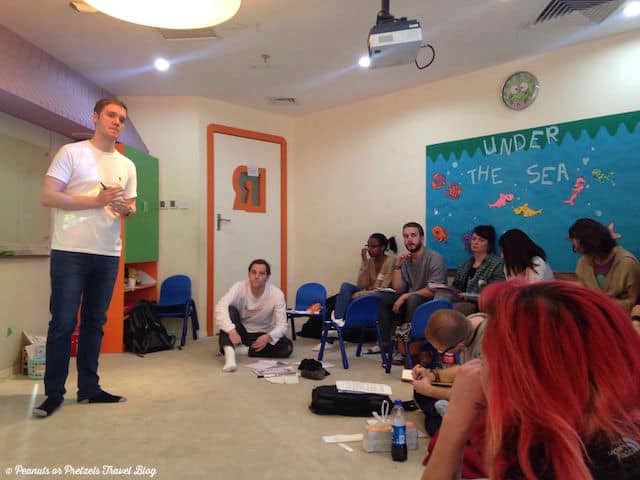 Overall I really enjoyed the training, and as a teacher it is always great to share ideas and opinions with other teachers.  It is also beneficial to watch different teaching styles at work so that you can be inspired and improve your own skills.

Outside of class, the other teachers and I would get together after training for dinner and a few drinks.  We enjoyed continuing to get to know each other and talk about our experiences in China.  But also this was a way for us to miss the evening rush hour on the subway!   I mean, who wants to go through all that cramming on the subway twice a day? 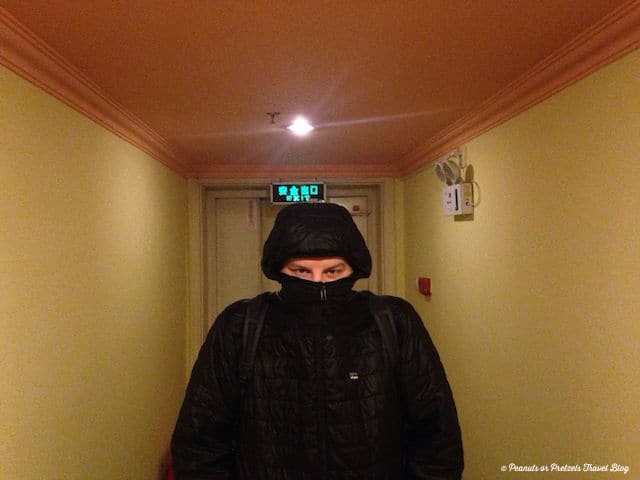 Beijing is known for not having clean air.  Well, I got to experience this first hand on one of the days I was in Beijing.  You can feel the pollution in your lungs as soon as you wake up, and then the coughing starts.

It was winter time, and quite cold in Beijing.  So I was prepared to bundle up, and to possibly see some snow or ice at night.  Looking out the window to check the weather was deceiving.  It would appear as though it was foggy or misty outside, maybe even snow flurries…but it wasn’t.  It was the pollution. So when stepping outside, I had to be prepared to face the weather and the “Beijing fog.”

Enjoying My One Day Off in Beijing

My First Leap teacher training was tough, and a lot was crammed into those short days.  But during my 10 day visit I did get one day off to enjoy Beijing.  I was really excited about exploring a little bit of Beijing, but it was going to be different without having my travel buddy, Liz, with me.

The main things on my list to see was the famous Tinan’men Square and the Forbidden City. 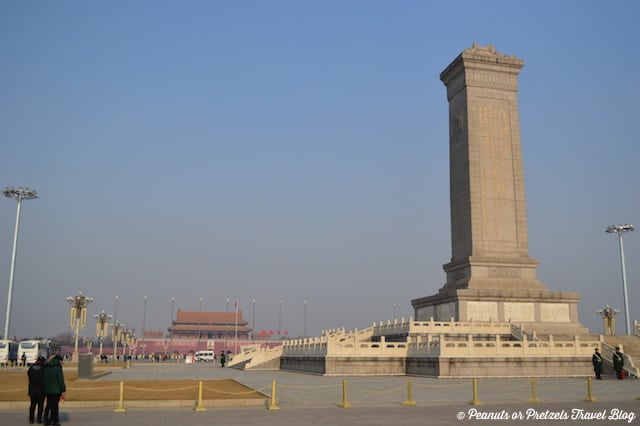 Once I arrived in the center of Beijing, I exited the subway and was welcomed by the iconic red wall of the Forbidden City.  This area is full of tourists from all over the world, and many tourists from within China too.   I could feel the energy from this place.  There is a buzz in the air as people are snapping pictures all over the place.

But when I walked up to the gates of the Forbidden City, I was overcome with disappointment; it was closed.  I’m not sure why.  Perhaps it was the day of the week, or maybe there was something going on, I’m not sure.  All of the National Museums nearby were closed too.  What a bummer.  I tried to feel better by convincing myself that it was meant to be; I was not suppose to see this iconic site without my travel buddy, Liz. 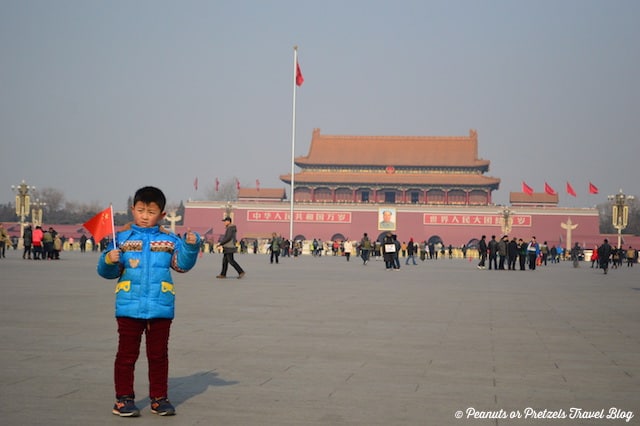 One place that was open though was Tinan’men Square. It was interesting (and understandable) to see the high level of security everywhere. Just walking around the iconic square you have to go through several security checkpoints. Nothing too crazy for us westerners, but for locals they have to show their IDs and have a quick background check before being allowed to enter into the square.

Walking around the square was very surreal. There were many families there taking pictures of their little ones, holding the Chinese flags. There were also many pictures being snapped of westerners. Yes, we are a rare site here…and that makes us like some kind of celebrity.  My roommate, Matthew, was asked to pose with a group of Chinese people for a photo.  It was a funny sight. 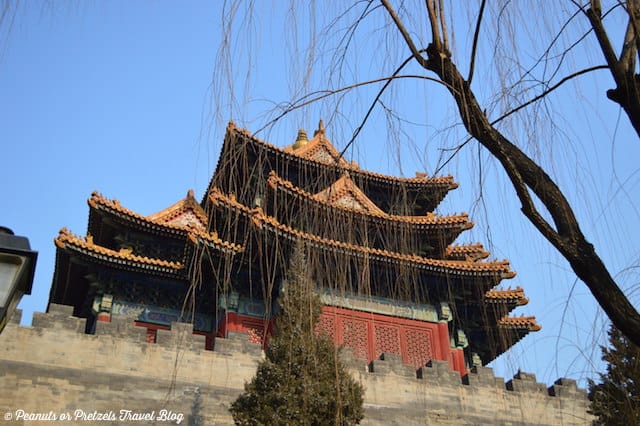 I enjoyed our day off in Beijing.  It was really nice to get out and explore a little bit of Old China, but since things were closed, there is still a lot left to see. So I will just have to come back to Beijing with Liz in the future.

Letting Loose at KTV With My Fellow First Leap Teachers 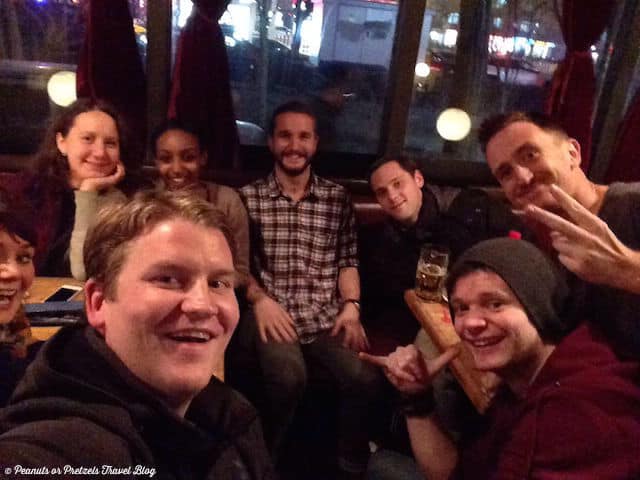 After a long week of training and evaluations, it was time to blow off steam and enjoy our last night in Beijing with my new friends from all over the world.  So we all met up for some dinner and drinks, and swapped stories of our experiences so far teaching English in China. 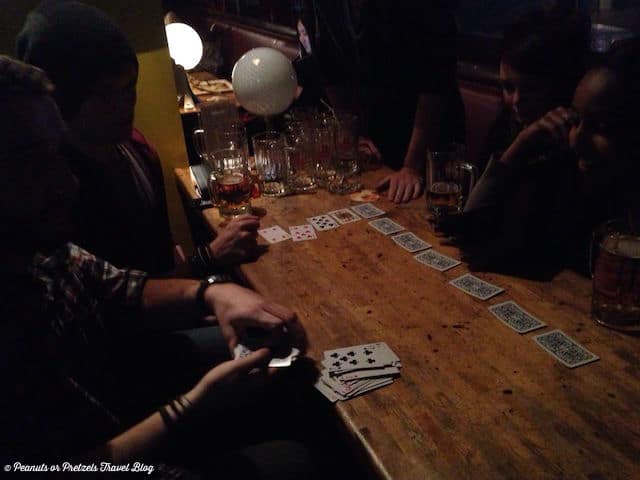 After dinner and a couple of drinking games, we were all feeling a little bit saucy.  So we took the party to a local Chinese bar, where we turned a few heads as a group of Westerners, but we shook it off.  A hookah and a bottle of rum later, we were ready to see for ourselves what all the KTV-talk was all about in China.

Honestly, we had heard of KTV before.  It’s VERY popular among Chinese because they LOVE their karaoke!  But KTV is more than just a Karaoke bar.  This is a seriously fun night out for the Chinese, where they all sing karaoke to each other and pretend to be rock stars (seriously, they do)!

So now, it was our turn to entertain our alcohol-induced delusions of our singing ability. 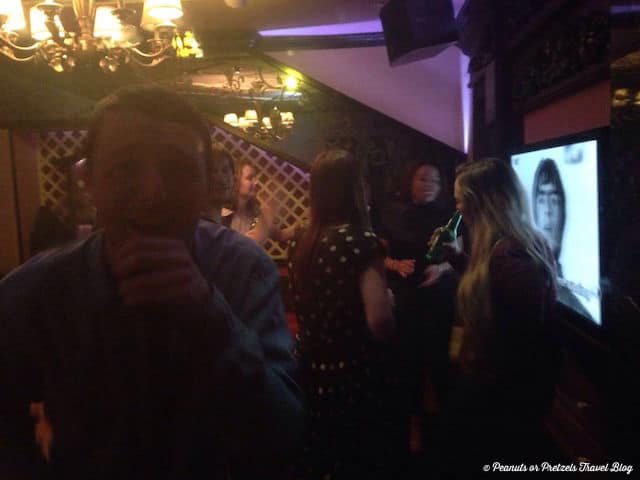 So again, a big group of about 13 westerners stumbled our way into a local KTV to sing songs together before we all parted ways. We weren’t sure exactly what we were getting into, but would soon find out that KTV was AWESOME!

I won’t give away the details here, but I can assure you that we intend to fully document our next experience at KTV to share with you in the near future!

Saying Goodbye to My New Friends – All Around China 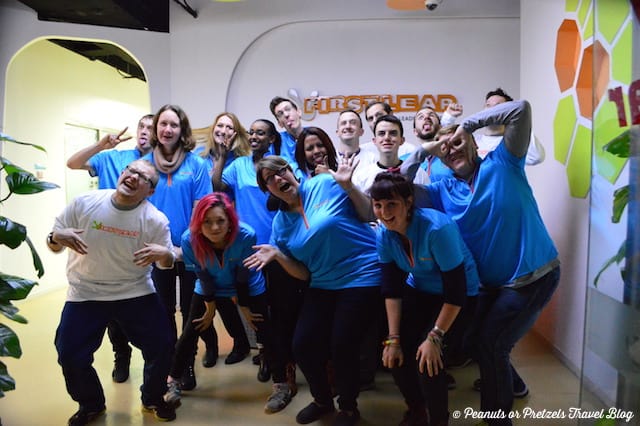 After a long night of singing and Chinese drinking games, it was time to say goodbye to everyone.  It was so great to get to know the other foreign teachers at First Leap, and learn about their cultures as well as their reasons for coming to teach in China.  The First Leap training was valuable, but the best part was that I was leaving Beijing having new friends that live all over China. 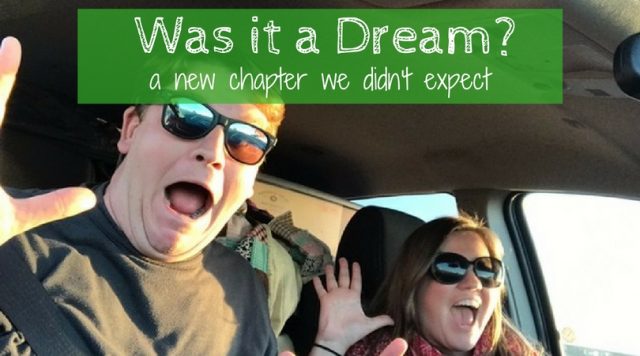 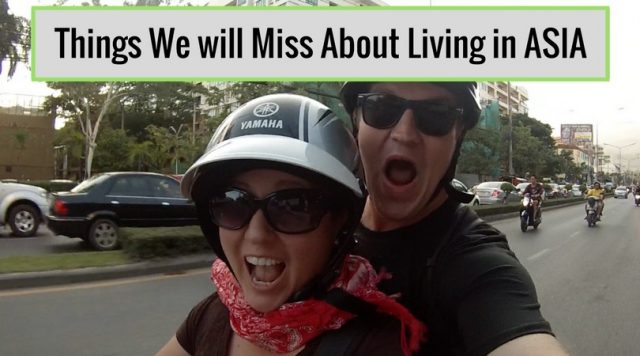 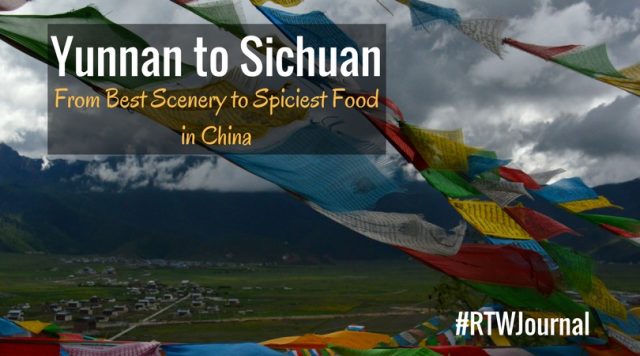 6 thoughts on “My One Week in Beijing, China “cough, cough” (Literally…)”