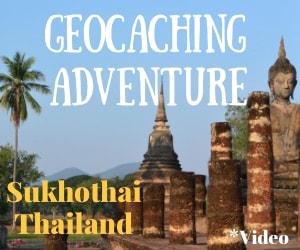 “Sukhothai, Thailand…where the heck is that?”

That’s what I thought when Liz mentioned taking a detour during our trip from Chiang Mai to Bangkok through this town.  We had been living in Chiang Mai for quite some time and needed to get down to Bangkok to catch a flight.  But we had plenty of time in our itinerary, so Liz mentioned leaving Chiang Mai a couple days early so we could swing by Sukhothai.  Even after explaining to me that it was the capital of an ancient kingdom, and a UNESCO World Heritage Park, I wasn’t sure what to expect.  But wow — was I in for a surprise! 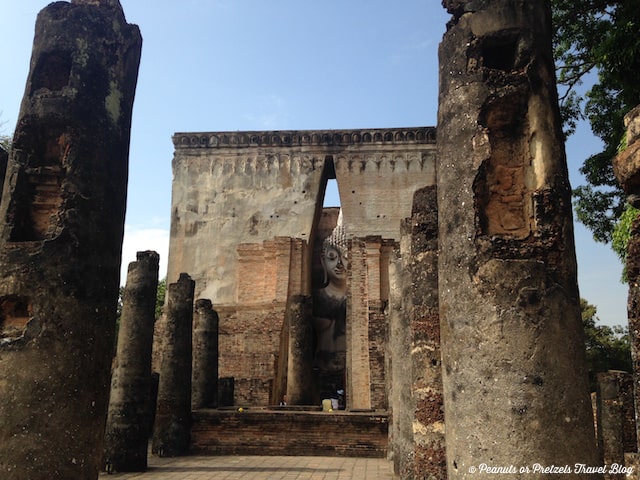 Even though Sukhothai is arguably more important than Ayutthaya (just outside of Bangkok), many who plan a trip to Thailand either don’t know about Sukhothai or don’t bother to venture out of the way to access it.  Therefore, this historic area of Thailand isn’t a very heavily visited, due to the fact that it’s slightly off the beaten path (1 hour away from the train line).  However, it isn’t that difficult to access via bus.

So we booked an awesome little bungalow in Sukhothai old town (be sure it’s the old town…new town is quite far away and not near as charming!).  Our plan was to relax here for a few days, which is right nearby the historical park.  Since the historical park is so spread out, one of the most popular things to do is to just enjoy yourself while riding a bike to explore the countless ruins in the area.

Little did I know, we would stumble across one of the coolest GeoTrails that we have experienced!

We had an absolute blast exploring the different temples and ruins around this ancient capital city.  But it made it even more fun because we had a goal to go after, the geocaches.

** Read More – What is Geocaching?

So come explore the ancient city of Sukhothai with us — watch the video (below)!

We hope you love the experience just as much as we did!

Planning a Trip to Thailand? Check Out Our Thailand Travel Guide! 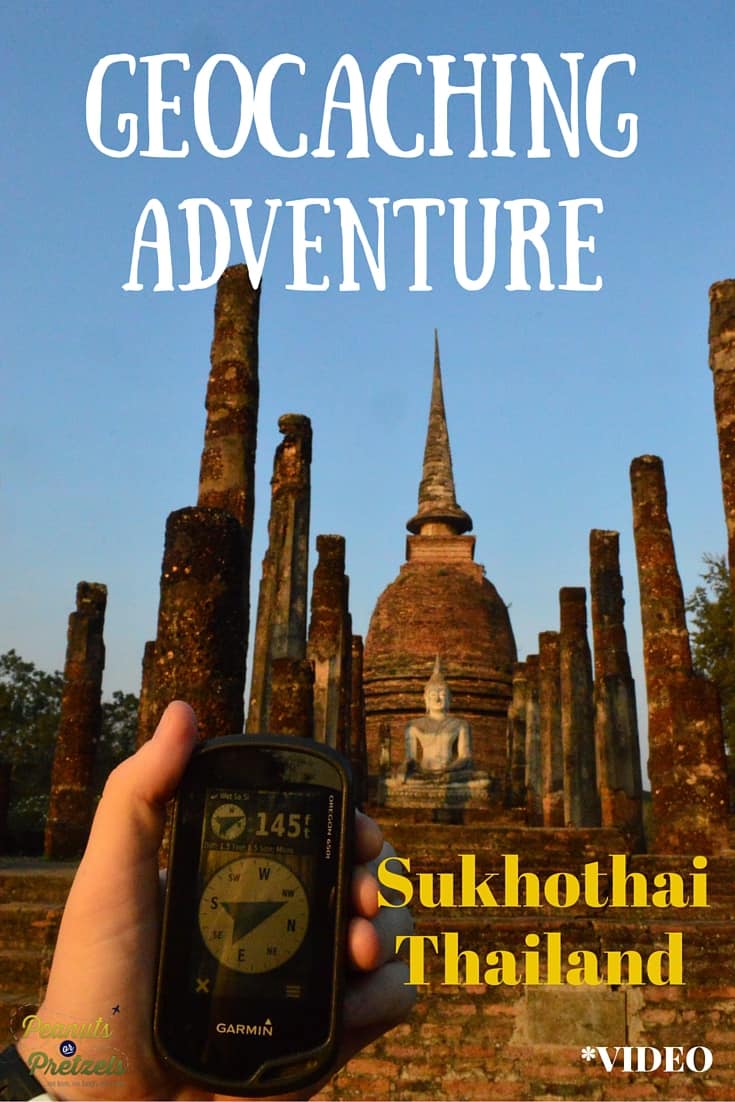