Like most people from the States, we only had limited knowledge about the Chinese New Year traditions.  Beyond the fact that this is a major holiday and that there is an animal associated with the year, I was completely clueless about Chinese New Year Traditions. 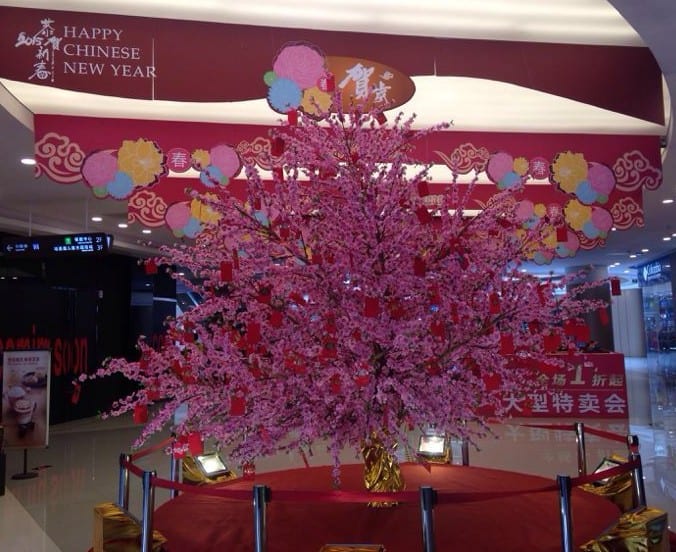 But now that we are living in China, we have had a chance to see a couple of Chinese New Years firsthand, and experience all the beautiful traditions that go along with it.  Experiencing the holiday for ourselves has given us a much deeper appreciation for the culture here, and the history behind many of the traditions.

This is actually our favorite part of travel! 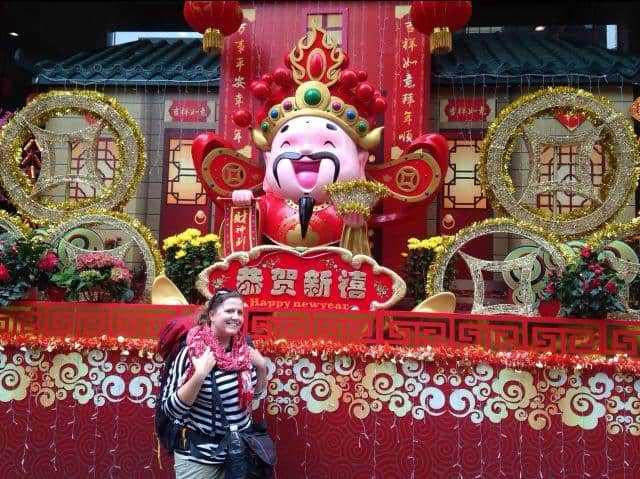 What is the Chinese New Year?

The Chinese New Year (translated as the “Spring Festival”) is celebrated during the lunar month that begins on the second new moon, after the winter solstice.  This means that the actual date of the event changes each year.  In 2015, the actual first day of the new year was February 19th but next year I believe it will be weeks earlier.

Technically, the New Year celebrations last for 15 days because it ends on the full moon.  During this time, Chinese people travel back to their hometowns to visit with family, have special meals, enjoy fireworks, and give gifts.  Because of the long celebration and extended travel, nearly everyone receives time off from work and school.

Some schools give kids a whole month off, while many adults will have anywhere from 1 to 2 weeks off of work.

For example, I have one week off of my work at an adult language school while Josh actually gets two full weeks off of work to celebrate the Chinese New Year. 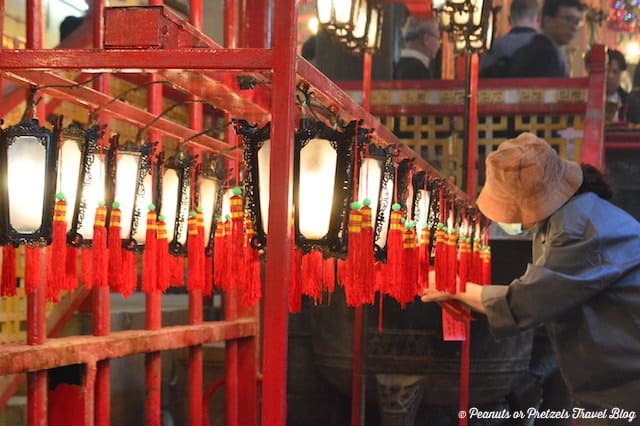 The Largest Human Migration in the World…Seriously!

Most of us in the States know that traveling over Thanksgiving and Christmas can be brutal.  Well, multiply that by about a thousand…and that is what it’s like to travel in China over the Chinese New Year!  It is a crazy experience at the start of the holiday and during the holiday major cities can become ghost towns. 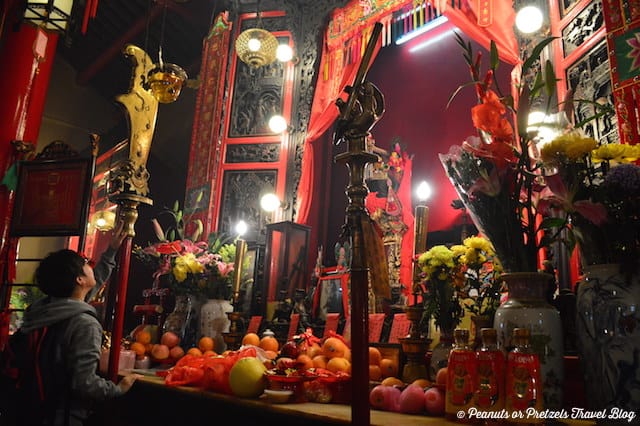 During the Chinese New Year, everyone in the cities return to their home towns to be with family and to pay their respects to their ancestors.  Being a very traditional country, China holds tight to this tradition.  Most people in the cities have roots in the countryside, meaning that there is a literally a mass exodus from the cities.  Many trains and buses will have standing room only – and they will be packed for hours on end.

Imagine standing on a bus or train for hours at a time?!?!  That would never fly in the States!

It is one of the most insane things we have ever seen.  If you can’t handle crowds, then don’t travel in China around this time of year.  However, some of the cities will be much more enjoyable with less people.  Unfortunately, this also means that many establishments could be closed.

Gift-Giving is Very Important in the Chinese Culture, and the New Year Festivities

In general, gift-giving is a very important part of Chinese culture.  Whenever you go to a person’s home, you should bring a gift.  Gifts are also exchanged during a variety of occasions.  For this reason, you will see gift sets being sold all over in the stores.  In fact, the grocery store across the street from our apartment has had the aisles FULL of stack after stack of gift sets since early January.

During the Chinese New Year festivities, people stock up on these gifts.  Most gifts involve food and drink.  Things like fruit, cookies, crackers, nuts, sweets and other snacks are very popular.  Being a tea culture, that is also a popular gift, as well as alcoholic beverages including beer and wine.

You need not spend much on gifts, how much you spend is not important in the culture.  However, you should present your gift in a nice box or bag, and don’t be offended if they don’t open it right away.

The Color Red is Everywhere!

While the color red is considered lucky throughout the year, it has a special significance during Chinese New Year.  The Chinese also believe this color brings good fortune, so it only makes sense that this would be a popular color over the New Year celebrations. But the color is also popular at nearly every type of celebration, including weddings.

This year, we noticed in January that the city was starting to be painted red.  From beautiful lanterns, signs, sculptures and statues.  We also saw many characters, almost cartoon-like, who were always wearing red.  In the stores we saw aisles full of all kinds of decor…everything red!  Gold is also an important color too, so you will often see that along with the red items.

Many of the decorations that we saw had meaning.  But of course, we didn’t quite know what they were for.  So we set out to discover the meaning of these items, and learned from our friends and family the traditions associated with Chinese New Year.

The Chinese Legend of “Nian” the New Year Monster

According to Chinese legend, Nian was a monster who would come into the villages on the Eve of the New Year to eat people and animals.  In fact, the name “Nian” means “Year” in Chinese.  To hide from the monster, villagers would flee into the mountains and stay there until the monster left.

But one year, an old beggar came into a village.  An old woman gave him some food and told him to come along into the mountains to hide, but he refused.  He said that he could make the monster go away, if only he could stay in her home for the night. 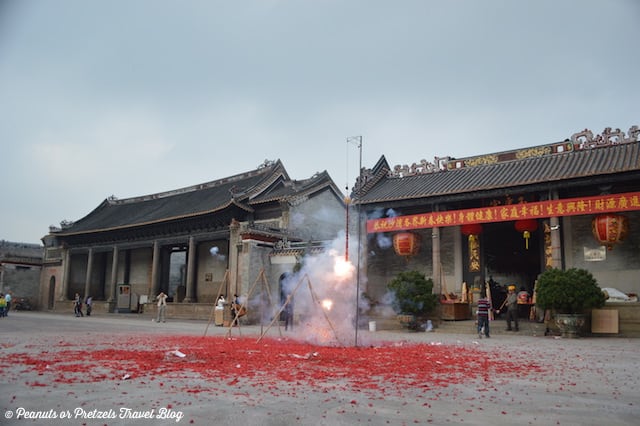 The woman and the rest of the town went into the mountains while the old beggar stayed in the woman’s home in the village.  Late that night when the monster came, he found the color red surrounding all the village doors, bright flashes, and the sounds of popping firecrackers.  The beggar had used the color red, the bright firelight and sounds to scare the monster away.

Every year after, villagers would decorate their homes with red and stay up all night on New Years Eve lighting candles and LOTS of fireworks to scare away Nian.

This legend has deep roots in China, and even Josh teaches this story to the kids in his school!  It also explains much of the decorations that we have seen around town, and now we understand why people decoration their homes and doorways in this manner.

This is how the pros here in China light off Firecrackers for Chinese New Year! (click the link to watch)

In January, we began seeing many types of Chinese New Year decorations in the stores.  But we also noticed many packs of beautifully decorated red envelopes.  We learned that these envelopes are used to give “lucky money” to people over the holiday.  Mostly, these envelopes are given to kids.

So growing up in China, kids look forward to receiving lots of red envelopes full of lucky money. 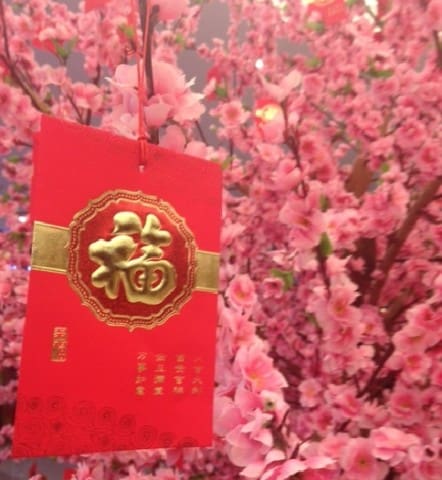 Unfortunately, the tradition doesn’t extend into marriage.  Once you get married, no more lucky money for you!  For this reason, some couples will postpone their weddings until just after the New Year, so that they can get one on more year of cash!  This is also something to keep in mind if you want to participate in the tradition and hand out money, don’t give it to someone who is married. 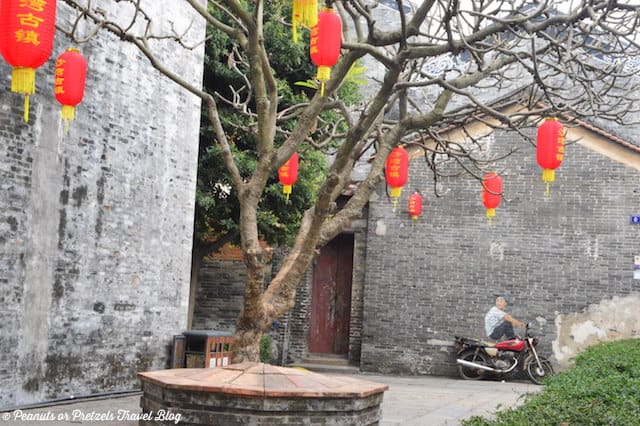 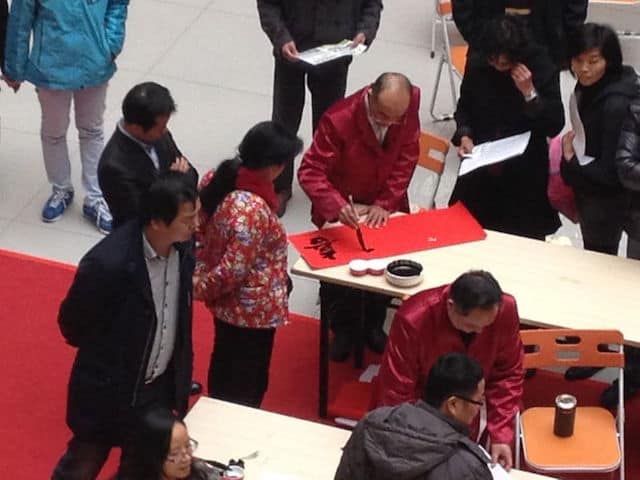 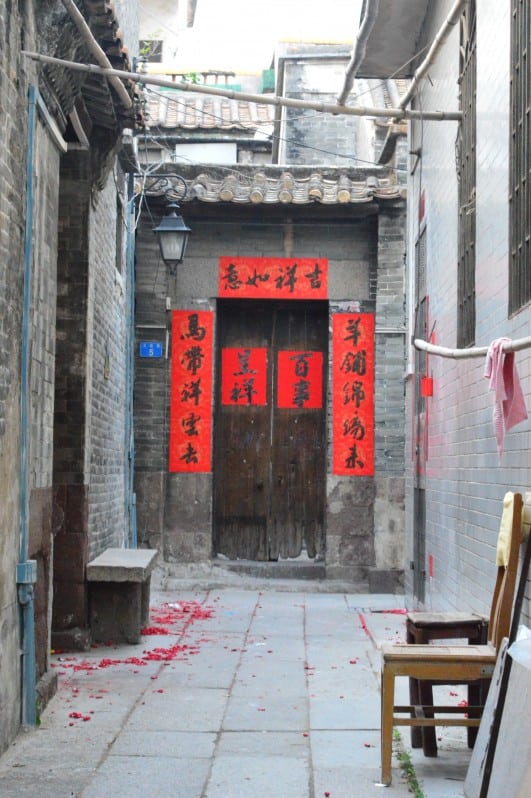 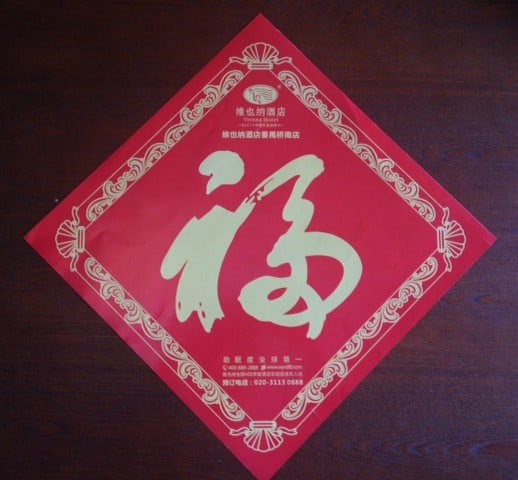 There are so many Chinese traditions and beliefs, it really is tough to keep them all straight!  With regard to the New Year, people spend the days leading up to the holiday cleaning their homes from top to bottom.  I love this concept, because I always want to ring in the New Year with a clean home too!  But for them, it’s a way to clean away the old or bad luck from the previous year and welcome in good luck for the new year.

Also, most of us know that there is an animal associated with each Chinese year.  There are twelve total.  I was born during the year of the Monkey, and Josh was born during the year of the pig.  This year is the goat (or sheep because the Chinese character is the same).  So if you were born in the year of the goat, then this is your year!  Therefore, you should take traditions seriously…especially wearing red!  They say that you should wear almost everything red, even your underwear!  Yes, the aisles of the stores are filled with red underwear for the holiday!

In general, it’s good for everyone to wear red too because it is said to bring good luck.  Jade also stands for good luck.  And for the New Year, you should wear jade jewelry.  A very traditional way of wearing jade for the New Year is to combine it with red.  We chose to participate in this tradition by purchasing red bracelets with jade stones around it.  Now we will always think of the Chinese New Year when we wear them, and hopefully they will bring us good luck and good fortune in the coming year!

From Now On, We Will ALWAYS Celebrate Chinese New Year!

We have had such a wonderful experience here in China so far, and have found their new year celebrations to be beautiful and full of tradition.  Josh and I have both agreed that we must always celebrate Chinese New Year from now on, especially since we now understand the meaning behind many of the decorations and the legends that come along with it.

Did you find this useful? Pin It to your Pinterest Board and make sure to Follow Our Boards too! 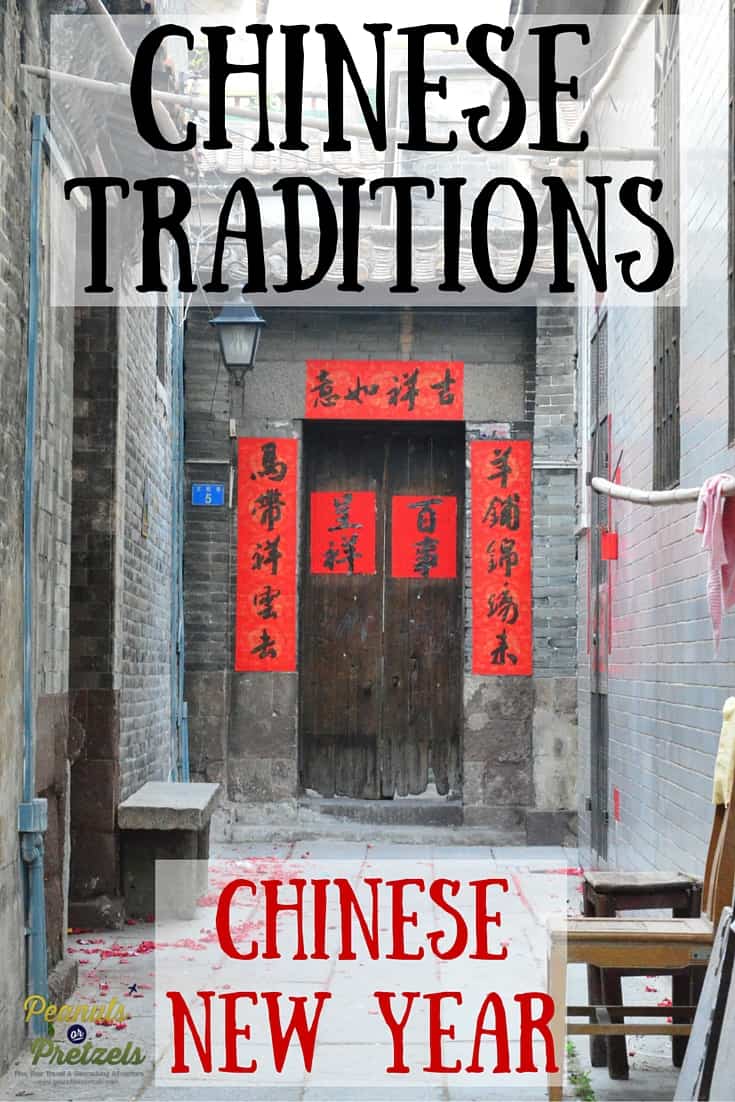