** The following is a Guest Post from Valen Dawson, a fellow “travel nut” and blogger at This Way To Paradise.

Since I have a website about beaches and islands, I decided to move to Hawaii. I didn’t make this decision completely blind. In the past, I lived here for three years and moved away about twelve years ago. While living and blogging in Mexico, I took a trip to the beach and decided the beach was where I wanted to live.

But, the Mexican beach isn’t a great place to live all year long, so I decided to come back to Hawaii. However, many things have changed since I moved away. And, after just three months, I’m already moving away.

Hawaii is insanely beautiful. It’s got perfect weather, the cooling breezes of the trade winds beckon you to spend all of your time outdoors, the beaches are perfect, the hiking is stunning, and the Hawaiian food is delicious, too.

Hawaii is such a Paradise that many people who visit never want to leave. And, there are many who don’t. They have visions of selling everything they own, moving to Hawaii and living there full-time. I didn’t learn from the first time I moved here. And, I did it not just once but twice. If you’re thinking about a move to Hawaii, here are the reasons why you may want to rethink that decision.

1. You Will Get Island Fever

I know, spend a few weeks in Hawaii, and you don’t think you could ever get tired of it. But every island in Hawaii is pretty small. And, at around $200 R/T just to fly to another island, it’s not that easy to get away. If you have wanderlust, Hawaii probably isn’t for you. The flights to other areas are really expensive. And, you can say goodbye to road trips. Well, at least any road trips that last more than a couple of hours. 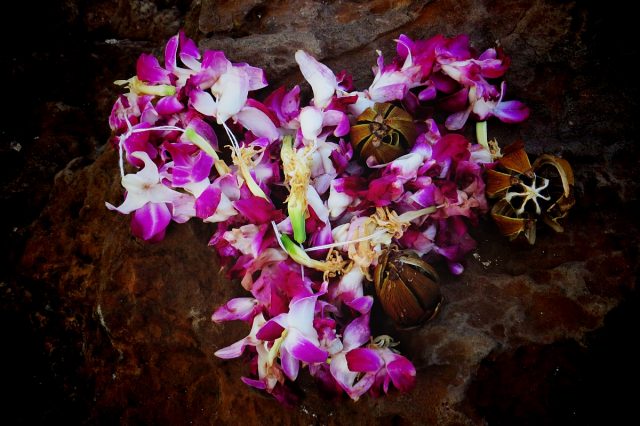 2. The Cost Of Living Is Extremely High

I was shocked to see just how much prices have gone up since I last lived in Hawaii. Rents are incredibly high, but not only that. Even the fruit that is grown on the island is expensive. And, I found myself eating less vegetables because they cost so much.

The cost of two sweet potatoes was $5. A gallon of milk at Costco is now $5. The cost of gas for my car was also a lot higher than on the mainland US, too. You can also forget about buying a place. It’s hard to even find a condo for less than $800,000.

3. It’s Not An Easy Place To Find A Job, And Really You Need At Least Two Just To Get By

Because of the Hawaii law requiring employers to provide health insurance for anyone working over twenty hours, many employers won’t hire for more hours than that. Many people work two and three jobs just to get by. Not only that, but it’s hard to find a job in the first place. And, those dreams you have of spending long hours on the beach fade into the sunset you missed because you were working.

4. The Traffic Is Terrible

Honolulu is often ranked in the top 10 as being one of the worst traffic cities. You find yourself scheduling your day around traffic and not going on that cool hike or to the beautiful beach because you just can’t sit in traffic one more minute. 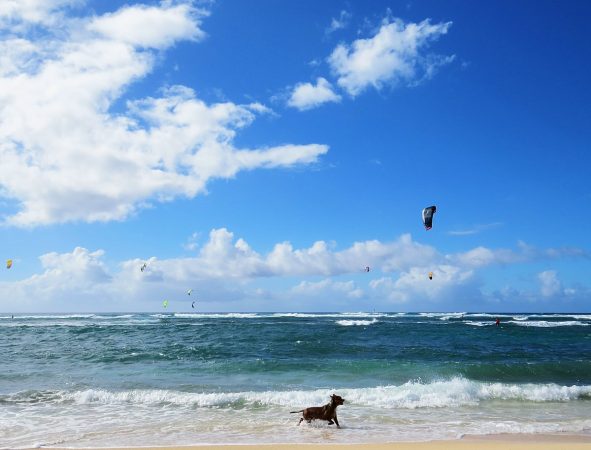 5. Hawaii No Longer Has The Slower Pace It Used To

While Kauai and the Big Island still have a slower pace than Oahu does, it no longer has that lazy island feel it used to. Part of that is the traffic that has gotten worse. Part of it is the rising costs have everyone rushing to their next job. The slow vibe I remember from the first time I lived here just doesn’t seem to be around anymore. Guess that mainland mentality of rushing everywhere finally arrived to Hawaii, too.

It’s important to remember that their are many paradises in the world that are incredible for vacation, but the living’s just not easy. I think Hawaii is one of those places. While, it’s a magical place to visit, you won’t find me ever moving back. So, if you’re thinking of moving somewhere new, go and stay a few months before getting stuck with moving expenses that you will just regret later on.

Valen Dawson is convinced that she is half mermaid and is always looking for the next great beach. She writes the travel blog, This Way To Paradise, which is a guide to some of the best islands and beaches in the world. You can follow her on Facebook, Twitter, Pinterest, and Instagram.

** All photos were kindly provided by Valen Dawson