The Grand Canyon has always been at the very top of my bucket list. I was thrilled to join one of my friends on a road trip through Nevada, Utah and Arizona.

We arrived at the City of Sins, Las Vegas, late at night. We were totally excited as soon as we looked down at the lights of the strip of Vegas as the plane approached. The entire city was lit up below us. We spent the next day hanging out by the pool at the Wynn Hotel sipping cocktails, watching all the beautiful people on the terrace. 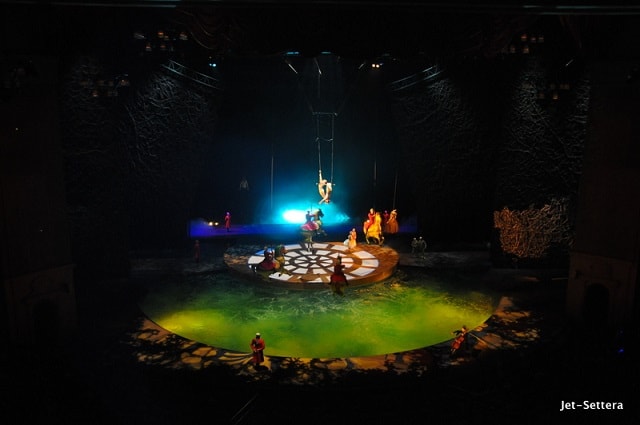 Next morning we set out to visit the Hoover Dam, a concrete arch-gravity dam on the border of Arizona and Nevada. After taking a couple of photos of the beautiful view, we drove onto Utah to see the Zion National Park and the Bryce Canyon. 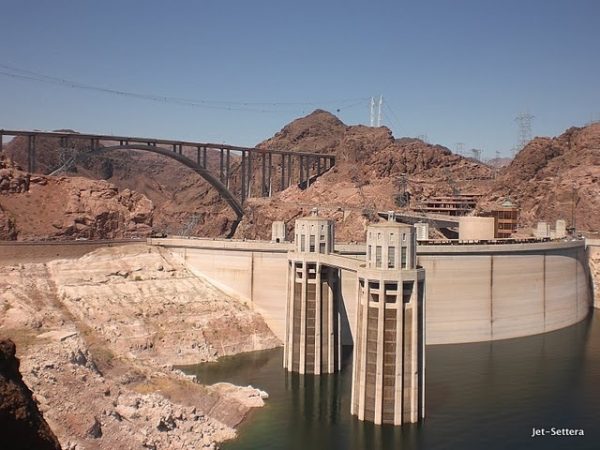 As soon as we left Nevada and entered Utah, we were surrounded by red desert as long as the eyes could see. The scenery was stunning. There was absolutely nothing man made within sight as far as the horizon. We didn’t even have phone reception. Within a couple of hours, we reached the spectacular Zion National Park. The Zion Canyon is 15 miles long and up to half a mile deep. The parks’ unique geography allows an unusual animal and plant diversity. The canyon is the home to 289 bird species and 75 mammals.

After the Zion National Park, the next stop was the Bryce Canyon. The depth and breadth of the Bryce Canyon took my breath away. It is one of those places that no pictures or words can conjure up until you see it with your own eyes. It is a magical experience to be part of this magnificent nature. Bryce Canyon is a collection of giant natural amphitheaters. The canyon is distinctive because of geological structures called hoodoos, formed by frost weathering and stream erosion of the river and the lake. The red, orange and white colors of the rock formations provide spectacular views for visitors. 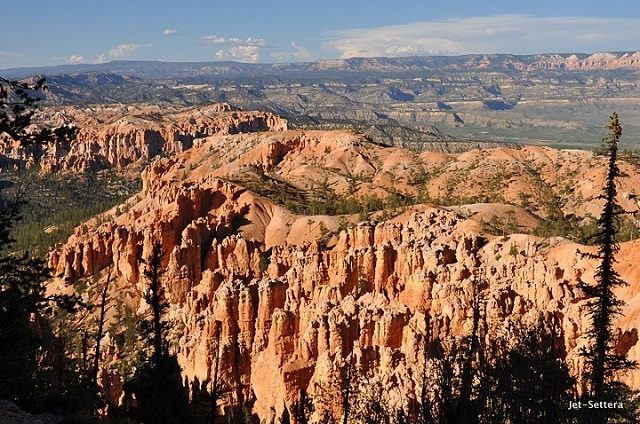 We spent the night in a motel on the border of Utah and Arizona. We had dinner at the local diner. As we were entering the place, I saw a big sign on the door that no guns were allowed inside. The sign made me slightly nervous for a second, as I was not used to people running around with guns in New York. Everything on the menu of the diner was deep fried and terribly unhealthy. I ordered the only salad on the menu and it was swimming in oil.

The Desert of Arizona

The next morning we drove into Arizona, pulled up off the highway and started walking straight into the desert. In the far distance, we could see a deep fissure running across the landscape. As we walked up to its edge, below and before us unfolded the Colorado River, about 1000 feet down a deep crevice. It was pretty scary to look down, but it was probably the most beautiful thing I have ever seen in my whole life. The Colorado River took a horseshoe shape in the middle of the desert. It was colorful, green and blue in the midst of the red desert. It was truly spectacular. We took a couple of photos near the edge, but I was too scared to go near the edge because I was afraid I would fall. The pictures were unreal. After this, we hopped back into our car and drove to the Grand Canyon. 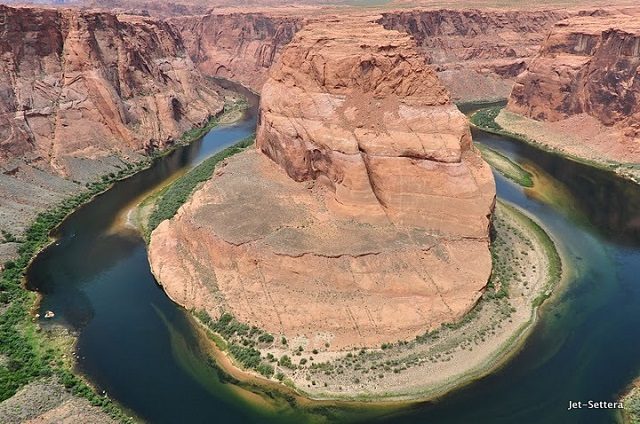 The Grand Canyon is a steep-sided canyon carved by the Colorado River. The canyon was truly breathtaking, with all its colors and formations. We spent the afternoon hiking up and down the canyon taking lots of beautiful photos. However, the Grand Canyon is another place that you can only take in with your own eyes. It is massive, colorful, spectacular and mind-blowing. It is 277 miles long and 18 miles wide with a depth of 6,093 feet. I felt incredibly small in the canyon, but it was a truly unforgettable experience to be part of this beautiful nature. After a wonderful day spent in Arizona we hit the first motel we found on the road and crashed straight into our beds after a full day of hiking. 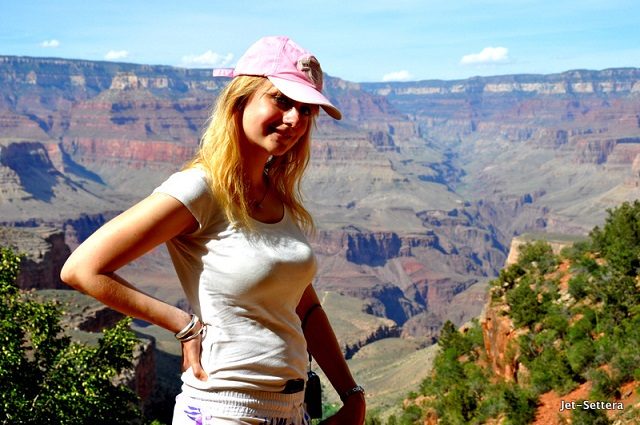 Perhaps Deserts Are the Most Beautiful of All

After visiting deserts in Bolivia and the US, I have formed the strong personal view that deserts are the most spectacular, colorful natural creations on Earth, and have moved me far more than any mountains I have ever seen. 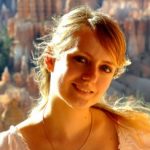 Barbara is a London based luxury travel and lifestyle blogger of www.jet-settera.com. She left her country when she was 17 to conquer the World as a model. Ever since she has lived in seven countries and visited 68. She blogs about the hottest jet-set destinations and the most prestigious events around the World such as Venice, Cannes San Sebastian Film Festivals, Oscar Parties in LA, Fashion Weeks in Milan or Paris, yacht parties in St-Tropez as well as Prince Albert’s wedding in Monaco. She also writes about adventure travel across Asia, South-America and Europe. Read about her latest adventures in Indonesia on her blog. 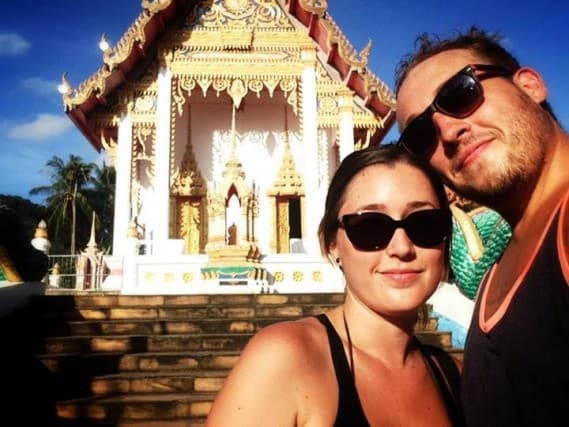 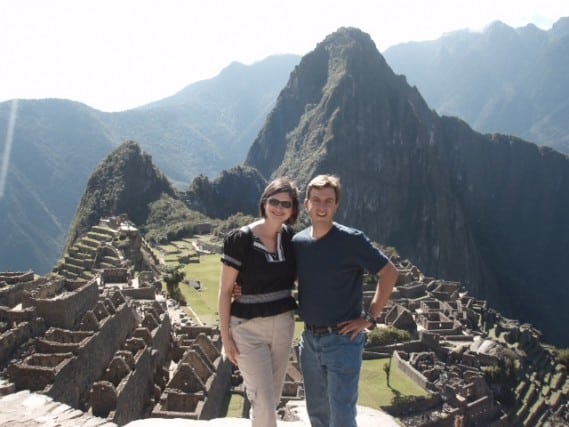 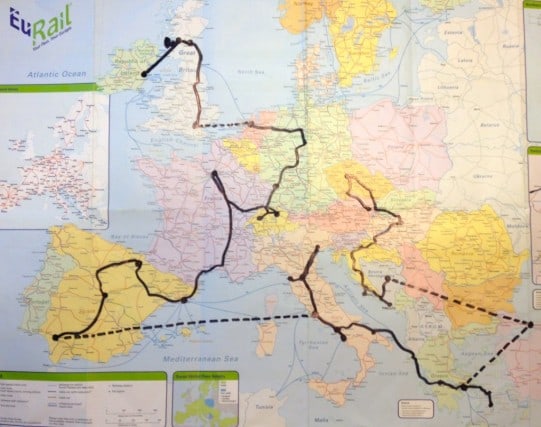