Many people have must heard about “banh mi” (bread) in Vietnam. Vietnamese bread, since a very long time, has been considered as one of the most delicious street foods all over the world. However, the diverse flavor of this food might make you confused to figure out the best. Below is the list of 5 best versions of “banh mi”.

The name sounds very strange, even for Vietnamese people, but in the last decade, this type of bread has been dominating the preference of young people, especially students, in Vietnam. Actually, it is just the combination of bread with fried roll and potato. Together with chili and sauce and cucumber, Banh My Nem Khoai offers a totally unique and delicious flavor which could attract anyone. The breads could be found on many streets in big cities like Hanoi or Ho Chi Minh City.

Of course the name of this food is partly because it is put and eaten when still being on the pan, but when hearing Banh My Chao, people often think about the amazing sauce to be used with breads. Inspired by the Western bread with steak, the food is modified by using sauce from tomato, onion and garlic, which creates an unforgettable flavor. Together with basic elements like steak, eggs, potato and sausage, this version of “banh mi” is also very famous and could be found in numerous restaurants in Hanoi.

Besides Hanoi, Hai Phong is also a province which invented an amazing type of “banh mi”, which is call “Hai Phong spicy bread”. Since 1980s, this food has become so popular in the province. The breads are filled by meat and the special chili sauce. One more point which makes the food different from other types of bread is its shape. The bread looks like a stick, therefore it is also called “stick bread”. Besides the chili sauce, this food only has pate (a mixture of cooked ground meat and fat minced into a spreadable paste) as the element. This food, however, is still very attractive.

This food is the pride of Nha Trang, a very famous sea-tourism province in Vietnam. The bread is famous with no butter, crispy crust and hollow inside. The bread is extremely crispy which you can feel its delicious flavor even when eating the bread only, without other ingredients. The bread could be combined flexibly with different types of sauce and ingredients.  The most famous version is the combination of the breads with fish roll.

As its name, this version of bread brings the “flavor of Saigon” in it, a food which is the combination between the cuisine of France and Vietnam. The crispy bread is from France, but the grilled meat, cucumber, vegetable and sauce inside are all from Vietnam. The bread often has 4 to 5 pieces of grilled meat, with vegetable and sour ingredients.  Together with the sauce, all the ingredients could make a totally impressive taste.

Shumai bread is the most famous in Da Lat, Vietnam. This food is simply bread with a cup of sauce with fat flavor and a few green onions, which looks quite impressive. Most of Dalat’s shumai are made from tough-cut meat so they have good toughness, the ingredient is used just enough so the taste is light. The soup is made from the bones of pig, mixed with the sweetness of the mushrooms, added a little fresh green onions, making the dishes become attractive from form to taste. When being used with bread, it is often added a bit of satay to create color and spicy. Diners can use a little vegetable, cilantro or non-crispy grease, put in the cup when it is hot to soak the sauce and the dish will be very fragrant. 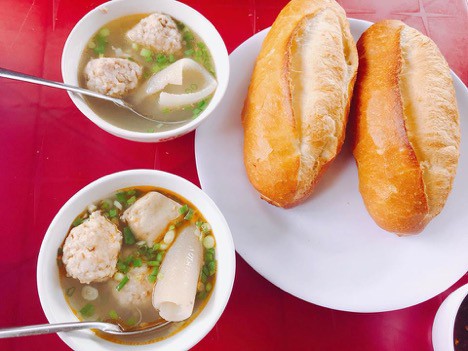 Banh My Ga looks really fat because its length is just half-equal to normal bread but the horizontal is double. The bread includes chicken egg sauce, ham, papaya and cucumber. For those who like to eat spicy, then sprinkle with chili layer. It can be said that chickens are the soul of this food. The sauce from chicken has yellow color, is very fragrant and fat. 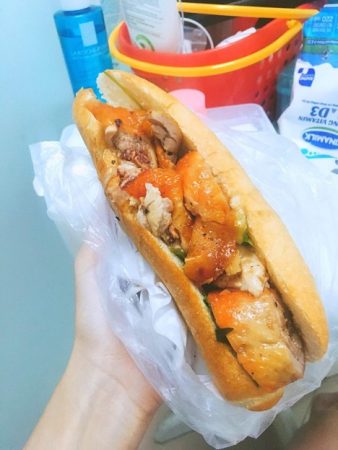 Overall, “banh my” is very popular in Vietnam, but each areas in the country has different ways to make this food, and that is one of the interesting points of Vietnamese food culture.

My name is Jim, writer at Asia Marvels. I love travelling around Asia and share my stories & travel guidelines to my readers. I want people from all over the world to see the beauty of the landscape, people and culture of Asia.