Windows rolled down and the breeze hitting your face as you cruise down the interstate and on the way to the oldest active geocache. Music on the radio turned up high and singing those road trip songs that you only sing when you have been in the car for over 5 hours. Our road trip from Atlanta, GA to Boise, ID had all that and then some. To me, road trips feel like the ultimate freedom. Freedom to pull over at something that looks interesting, or pull into a State Park for a picnic.  And to us, road trips also mean lots of Geocaching.  On this particular trip I got a geocaching surprise, stumbling upon one of the oldest geocaches still active in the world! 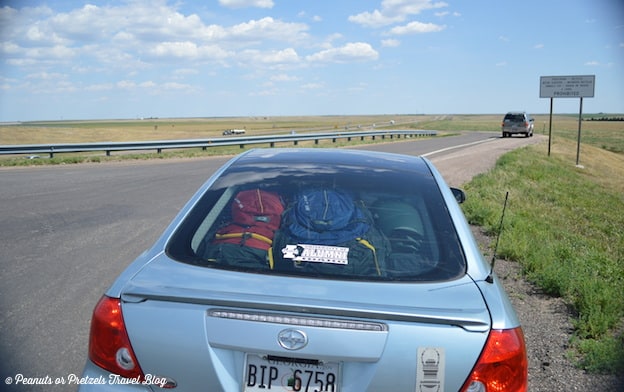 We actually discovered our love of Geocaching on a road trip, and over 4 years later, we are still geocaching as a way to break up road trips and to discover those not-so-popular roadside attractions. As we were cruising through 8 states to our final destination in Idaho, this gave us something to look forward to as we crossed the country. Think of it as another type of road trip game, but instead of staying in the car and playing “eye spy” or “the alphabet game” you are able to make a stop and stretch your legs. 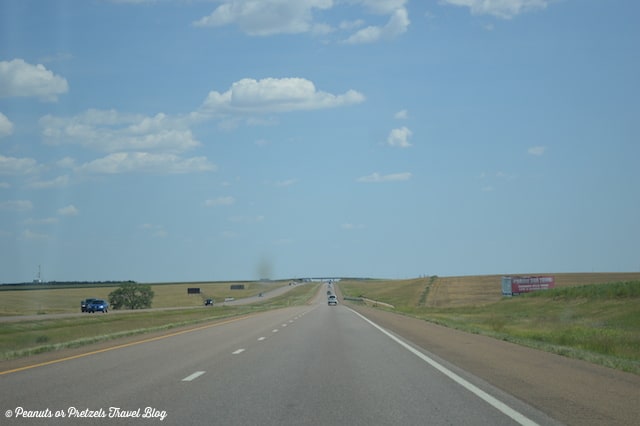 As we cruised through the rolling foothills and horse farms of Kentucky, Tennessee, and into Missouri, the road trip wasn’t too bad.  But when we got to Kansas it was a whole different story.  If you have ever taken this stretch of I-70, you know what I’m talking about.  It is long, straight, and mostly flat all across the state of Kansas.  It’s rough.  The scenery is nice, but an hour after hour, it doesn’t really change.  Everyone told us about Kansas and how it can feel like the longest part of the trip. They were right.

But being the traveling geocachers that we are, we can make anything fun. In fact, we made it a point to find at least one or two caches in each state along our journey. And for our first geocaching stop in Kansas, we noticed that there was a highly favored cache at a rest area not too far outside of Topeka. This sounded like a great place for a pit stop and to stretch our legs.

We really enjoy going for caches with a lot of favorite points, because we know that they must have something unique and memorable about them.  And this particular geocache description mentioned a hiking trail with views.  Being in such a flat part of Kansas, we were intrigued as to what that view could be.  So we pulled over and headed out in search of that rest area geocache. 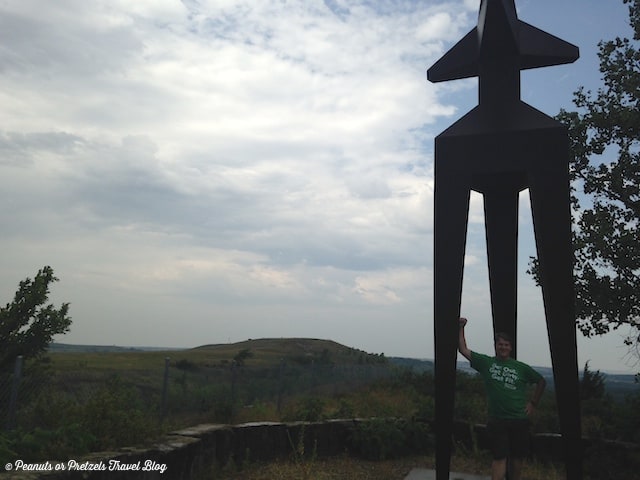 After a short walk on a trail leading up, which was actually a little difficult considering it’s Kansas, we arrived at a really cool monument. This monument was perched up at the top of a hill and had a gorgeous view that went on for miles and miles. After searching around a little bit we discovered the cache, signed the log, and replaced it. This was by far one of the best views we had in Kansas. Really cool.

After driving for hours and hours, we were sure that we had to be near across Kansas.  With the view hardly changing, it was frustrating when we looked at the map and saw that we were barely halfway across the state!  After this long in the car, there just isn’t much to do, so we were getting really antsy!  And our friend Joshua, The Geocaching Vlogger, commented on that picture saying… “Mingo.”  Liz and I were confused because we didn’t know what that meant.  At the moment, we didn’t think too much of it, and continued to make our way across Kansas. 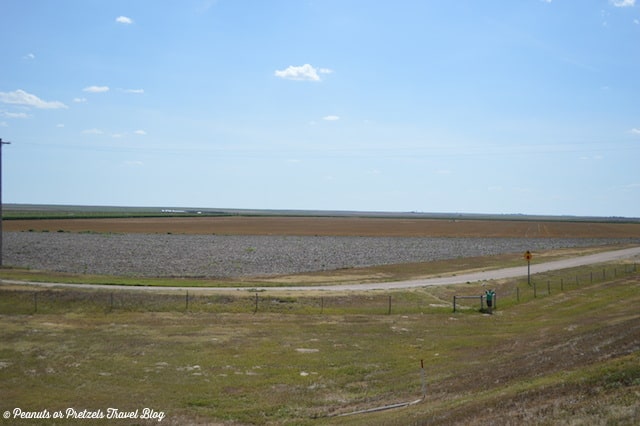 Accidentally Discovering the Oldest Geocache in the World

Several hours later Liz woke me up from a nap with a slap on the arm and her shouting, “Mingo!!!” Apparently, Liz caught a glimpse of an exit sign out of the corner of her eye, and all it said was “Mingo.”   I jumped up and quickly put two and two together from what Joshua had told us.  “Hey. He wants us to go to Mingo!” I said. So I quickly pulled up our Geocaching App and saw that there was a geocache named MINGO nearby us, and it had over 1140 favorite points!  Then as we dug into the details on the cache page deeper, we discovered that it was the 7th oldest cache in the world. “What?!?!” we said to each other. How awesome is that!

With a quick spin of the car, we found ourselves alone off the Mingo exit in search of the Oldest Active Geocache in the World. The Geo-Senses drew us in and we walked right to it. Once we discovered it, we did our happy dance. Honestly holding the cache felt like we were holding history. We pulled out the really cool logbook and read some of the entries and then made our own to make it official.

After taking a bunch of pictures and admiring the views from Mingo, we replaced the cache and hit the road again.  But not before receiving several honks by other cachers driving by. We are so glad that we didn’t pass by this guy. After several weeks of planning our road trip and changing the route a couple of times, we didn’t realize that we were going to be driving by Geo-History in Mingo, Kansas. Thanks to our friend Joshua for the cryptic comment on our Instagram account that lead us to this awesome, and unforgettable cache.