Our Top 14 Non-Regrettable Travel Moments of 2014 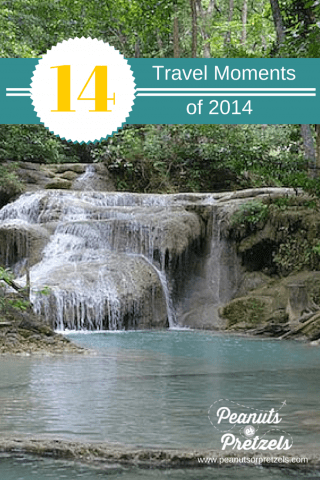 Is 2014 almost over already?  What a crazy (and awesome) year it has been!  For us, 2014 will standout for us as being the year that we too the biggest risk of our lives.  We quit our stable jobs, sold our possessions, and traded in our comfortable lives in the States for a nomadic lifestyle as we pursue our dream of traveling around the world.  Even though we have only been on the road for a little more than 5 months, during that time we have had some incredible experiences – some planned, and some totally unplanned.  It was tough to narrow it down to our favorites, but here are our top non-regrettable travel moments from 2014!

1. Taking the Plunge – Quitting Our Jobs & Selling Our Possessions to Travel the World! 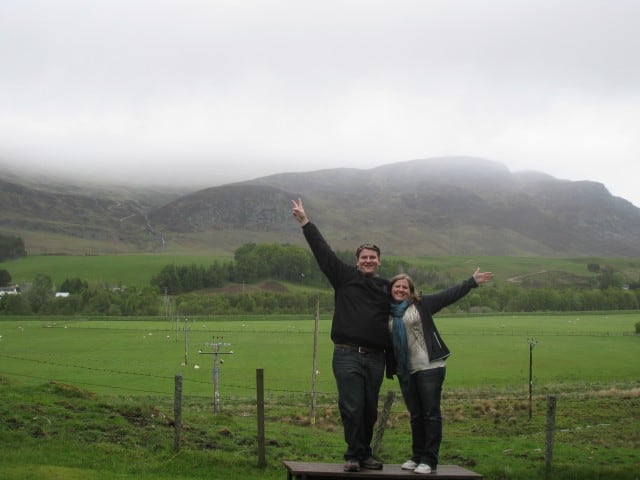 Our first non-regrettable moment from 2014 was definitely the moment we decided to change the course of our lives and pursue our passion.  Now we are actually exploring the world the way we have always wanted to.  We finally have the chance to travel more slowly and soak up the culture and lifestyles.  We are also enjoying the freedom of being able to change our itinerary on the fly because often we only have our plans set for a few days at a time.  It’s nice to be able to say “I really like it here, let’s stay for a few more days!”  We have never had that opportunity when on vacation in the past.

2. Swimming With Manta Rays at Night While in Hawaii 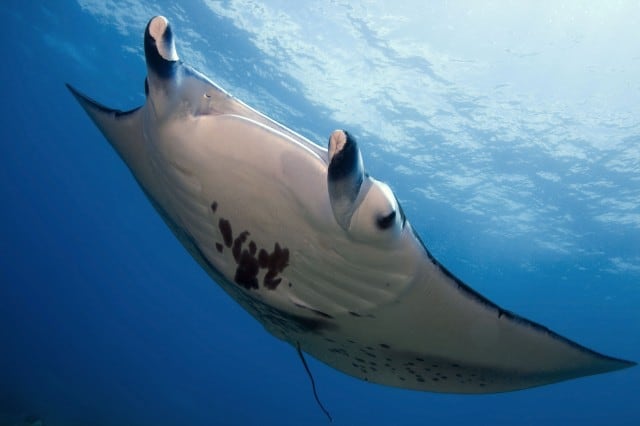 Something that Liz has wanted to do for years is swim with giant manta rays at night in Hawaii.  So we made sure to make this happen during our recent visit to the big island of Hawaii.  Snorkeling at night with manta rays in the ocean might seem scary, but it was just the opposite.  It was actually one of the most AMAZING experiences that we have ever had.  It was a travel dream come true!

3. Getting to See & Participate in the Loy Krathong Festival in Thailand

We have always wanted to see the beautiful Loy Krathong (lantern) festival while in Thailand.  It’s one of the quintessential travel experiences, plus the photos always look so magical.  Luckily for us our trip to Chiang Mai, Thailand coincided with the Loy Krathong festival!  So we were able to participate in making homemade Krathongs, floating them down the river, and sending them up into the sky.  It was an amazing travel memory that we will never forget!

4. Our One-on-One Interview With a Monk in Thailand 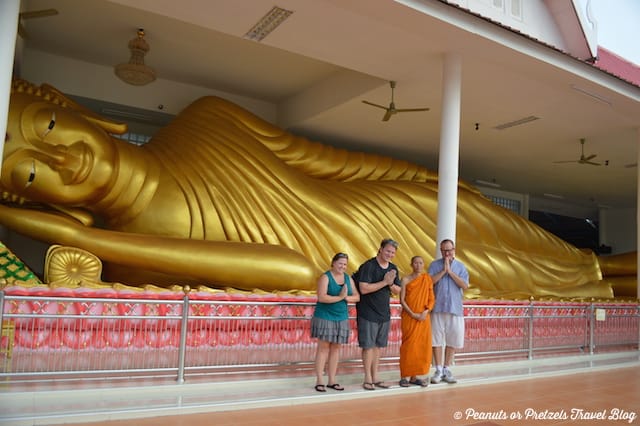 We were so fortunate to have the opportunity to have a sit down interview with a monk while in Thailand.  Our Airbnb host was kind enough to set it up, because he knew the monk from helping him at his Temple English school.  We weren’t sure what to expect going into it, but it turned out to be one of the most inspirational moments during our entire trip!  Our minds were blown. 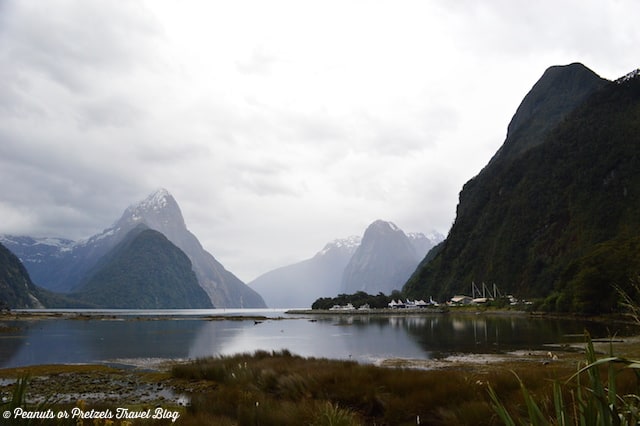 Our visit to New Zealand was completely unexpected, and last minute!  We were brought down there to do some consulting work, but we certainly weren’t going to miss out on some exploring.  One place that we had always heard about was Milford Sound in New Zealand.  So we were lucky enough to be able to rent an RV and drive to Milford Sound.  Not only was it one of the most incredible drives we have ever taken, but the scenery at Milford Sound itself took our breath away.

6. Seeing a Sunrise from Above the Clouds – at Haleakala Summit on Maui 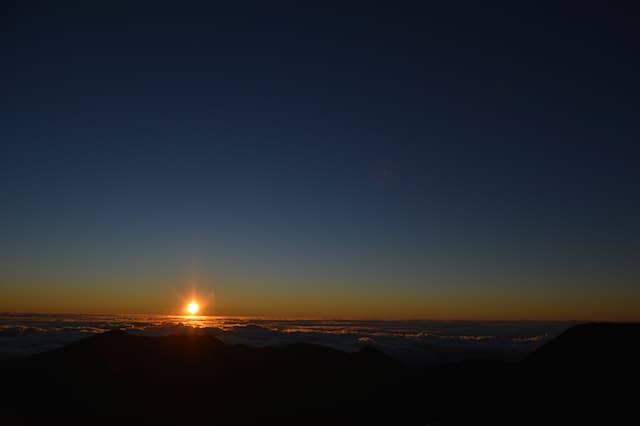 Wow.  One moment that we definitely won’t forget is waking up super early (at 3:30 am) while on the island of Maui to drive to the summit of Haleakala, a dormant volcano, to wait for the sunrise.  You wouldn’t think it would be freezing in Hawaii, but at that elevation early in the morning, it was freezing!  We were bundled up, sipping our coffee, and had our tripod set up to capture some great photos — and we did!  We were so high that we were actually above the clouds.  And seeing the sunrise from above the clouds is a really cool sight!

7. Mastering the Art of Driving a Motorbike Around Thailand! 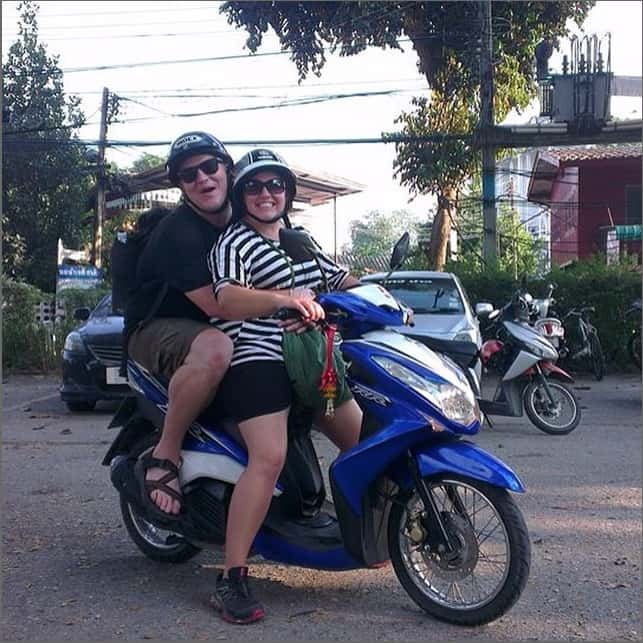 During our time in Thailand, we had avoided driving a motorbike for fear of our lives.  However, when we started living and working in Chiang Mai, Thailand, we realized that it was something we were going to have to master in order to get around for our jobs.  It took a lot of convincing, but we finally bit the bullet.  And we were SO glad that we did.  Once we mastered driving the motorbike around Chiang Mai, we found out just how much it added our experience (and how much fun it was!).  Yeah, it was probably the most dangerous thing that we’ve done — but we loved every minute of it.

8. Going For Our First 5/5 Geocache in Hawaii – a Waterfall Hike!

As you may know, we enjoy going Geocaching while we travel around the world.  While we have done some difficult #AdventureCaching, we had never actually gone for a 5/5.  Having a 5 rating for terrain, and a 5 rating for difficulty, these are the hardest geocaches that you can go for.  But we had heard about this particular geocache on Maui, and everyone raved that it was the BEST geocache on Maui to find.  So of course, we had to go for it.  And it was an amazing experience, that included us swimming and hiking up and over waterfalls to get to a hidden waterfall that few people find.

We even made a video to document the journey, which we love watching so that we can relive the experience.  Be sure to check it out!

9. That Time Josh Was on a Thai Game Show – And Lived to Tell About It! 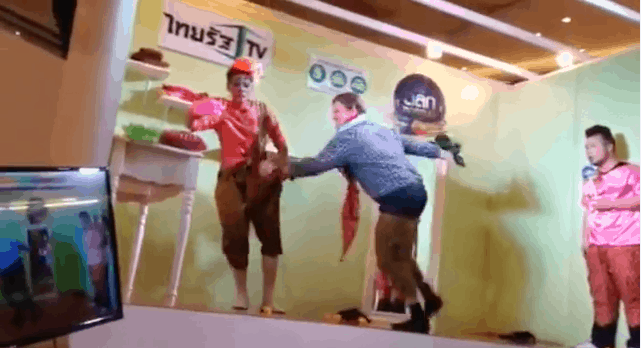 Leave it to Josh to find a way to end up on a Thai TV Game Show!  If you know Josh, you are hardly surprised that this happened.  It is a hilarious memory, and only happened because we were living like a local in Chiang Mai, Thailand and running errands at the local mall.  It’s also a nice reminder that sometimes you should just go with the flow, because you never know what might happen.

10. Taking a Thai Cooking Class While in Koh Samui, Thailand 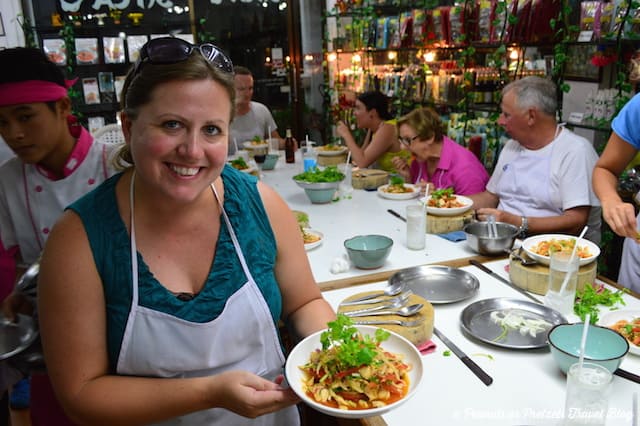 Food is an integral part of any culture.  And we think being able to return home and cook the food from your trip is a great memory and a way to relive your experience over and over.  Liz has always wanted to take a Thai cooking class, so we were excited for the opportunity to take a class from the best on the island of Koh Samui, Thailand!

11. The Time Josh Caught a Fish at the Iconic Pike Street Market in Seattle 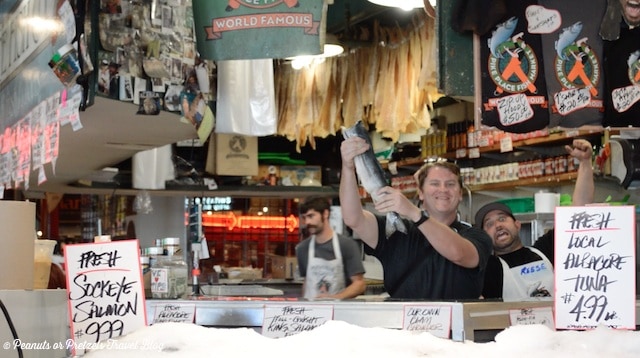 In Seattle, the Pike Street Market is a local icon.  And we have all seen photos and videos of people throwing and catching giant fish there, in fact, the market is famous for that!  So while in Seattle, Josh was determined to catch a fish.  And of course, he managed to make it happen.

12. Playing Santa Claus in China, Seriously Who Would Have Thought! 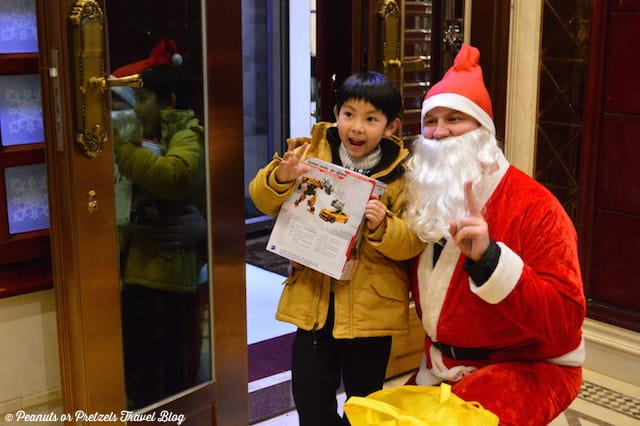 We only recently arrived in China, but it has already been quite the experience.  In fact, on the very first day we were here Josh was asked to play Santa Claus.  Now, that’s not something that happens everyday but we certainly didn’t expect it to happen in China.  We had always thought that China didn’t celebrate Christmas, but we were surprised just how much holiday décor and celebrations we found around town here in Guangzhou.  And Josh had a blast running around giving out gifts to his new English students as a part of his new job here in Guangzhou.  Priceless memories!

13. Getting Certified to Teach English Abroad

While on our journey around the world, we wanted to have opportunities to live and work in different countries.  And of course, earning extra income is helpful!  So teaching English is one of the most logical jobs to get.  Plus, it pays pretty well and is in high demand – especially in Asian countries.  But we wanted to be sure that we were qualified to teach English.  So we took a 1 month course on the island of Koh Samui, Thailand to get our certifications.  Not only was it a really great course, but we had a blast and made some pretty great memories with our classmates!

14. Seeing a Live Volcano at Night in Hawaii

Who doesn’t want to see lava from a volcano, glowing in the dark of night?  Yeah, it’s pretty awesome!  During our visit to Hawaii we didn’t get to see moving rivers of lava, nor did we see lava going into the sea; however, we did get to see it glowing deep in the caldera at night.  But that’s not all the fun we had at Hawaii Volcanoes National Park.  We also got the chance to hike down into a less, but technically still active, caldera of the volcano and we also got to walk on hardened lava that now covers a road!

As some of our regular readers may know, we recently moved to Guangzhou, China.  China is a HUGE country with so much to explore.  So we plan to be here for at least 1 year living, working…and exploring as much as possible.  Be sure to stayed tuned in 2015, there is so much more fun to be had.