The Impact of Brexit for Travellers 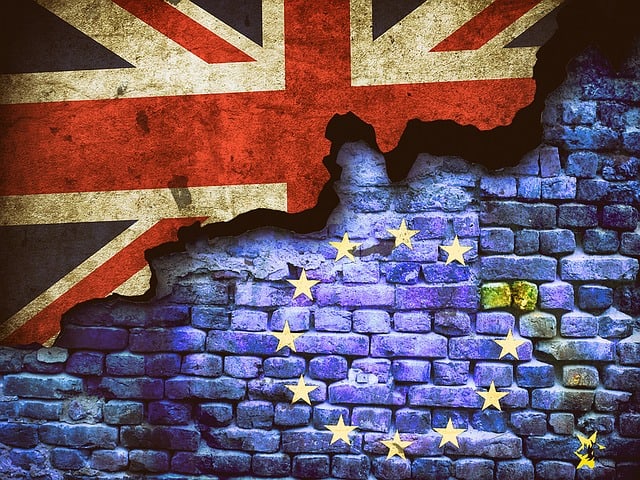 With summer holidays here, many people around the world are wondering what impact Britain’s decision to leave the European Union could have on their current and future travel plans. Here we analyse the situation so far, and attempt to predict the likely consequences of Brexit for the travel industry in the months and years to come.

In the short term, UK travellers to Europe should not notice many changes. However, there are a few areas that travellers have expressed confusion about.

Now that the UK has voted to leave the EU, many people are wondering whether their passport is still valid, and which queue they should join at passport control. In the short term, current UK passports and driving licenses are still valid, even though they are issued by the EU.

Until the UK Government invokes Article 50 of the EU Treaty and begins negotiations for Britain’s exit, Britain is still an EU member, so UK citizens should still join the European Union queue.

Likewise, travel insurance and air passenger rights for UK travellers are still governed by EU law until such time as negotiations begin for Brexit, so the European Health Insurance Card is still valid, too.

If you have already booked your holiday, tour operators are unlikely to add any further charges. However, the price of both holidays abroad and flights are likely to increase with almost immediate effect.  This is partly because the value of the pound has plummeted as a result of Britain deciding to leave the EU, so it costs travel operators more to arrange holidays abroad.

If you have already booked your holiday and your travel company is attempting to implement additional costs, the advice from ABTA is to check the terms and conditions to see whether they are within their rights to do so.

Air fares are likely to rise for UK citizens because aircraft and their fuel are valued in US dollars. With the sterling being so weak against the dollar, it will cost airlines a lot more to keep their planes in the sky. The budget airlines such as EasyJet and Ryan Air are likely to be hit the hardest as they make the least profit per flight, and they could find it difficult to continue to offer such low prices.

The fall in the value of sterling will also mean that the UK pound is worth a lot less abroad, so travellers from the UK will not get nearly as good an exchange rate, and as a result holidays will cost more due to not being able to buy as much per pound while you are abroad. However, it’s not all doom and gloom. If you are a traveller from abroad holidaying in the UK at present, and you have not yet settled your final hotel bill, you should ask the hotel to process it as a new transaction to take advantage of the exchange rate being in your favour!

The long-term outlook for the travel industry is extremely difficult to predict at present, as it depends on what terms the UK can negotiate with the EU in drawing up new trade agreements once it has formally begun the Brexit process. It will also depend upon how well, and how quickly, sterling recovers its value. If it remains unstable, travelling abroad is likely to become much more expensive.

Many of the budget airlines built their success on the Single Aviation Area, which gives UK airlines complete freedom to operate flights throughout the EU. A spokesperson for EasyJet said that “since its introduction, passengers have seen fares fall by around 40% and routes increase by 180%”.

With Britain no longer being part of the EU, this would no longer apply, and if equivalent trade agreements could not be drawn up, air fares would increase significantly, and it is possible that there would be fewer scheduled flights between the UK and mainland Europe. EasyJet are lobbying the government to give priority to this issue, as it will particularly affect those who regularly visit friends and family abroad.

Passenger rights could also be affected, as current EU law requires the UK government to offer financial protection in the event of a travel operator collapsing while you are abroad, or compensation if your flight is cancelled or significantly delayed. However, it is likely that the UK government would continue to provide this following Brexit.

Current EU legislation allows the free movement of people, goods and services between all member states, which is what makes it easy for British citizens to choose to live or work in EU countries. Many young people from the UK currently do seasonal jobs in European holiday resorts, or pay for their holidays by taking casual jobs as they travel through Europe. Once Britain ceases to be a member of the EU, its citizens are no longer covered by the agreement, so it is likely that anyone from the UK will need a work visa to be allowed to take a job in Europe, which will limit your stay to three months in any year. It is also possible that quotas for migrant workers will be put in place, which will hit the travel industry particularly hard and cause holiday prices to rise further.

Roaming charges within the EU are due to be scrapped in 2017, but following Brexit, this is highly unlikely to include the UK. The British government will now be able to set the roaming tariffs for UK citizens travelling abroad, rather than having to adhere to EU legislation.

Travel Outside the EU

Travel anywhere in the world is likely to become more expensive for UK citizens in the longer term, due to the weakness of sterling. This will particularly affect travel to the US, as the dollar is so strong, but also countries like China and Dubai, whose currencies are tied to the dollar.

If you have any worries about travelling abroad, you should contact your travel company or ABTA, who will be able to give you all the information you will need about the current climate. However, any significant changes are likely to take up to two years, as this is how long it will take the UK to exit the EU. That’s a long time in politics, and none of us can accurately predict at present how things will turn out.